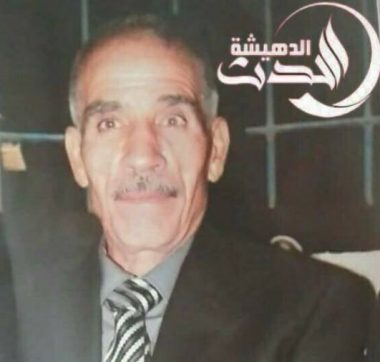 An elderly Palestinian man, on Monday, has died of wounds he sustained as a result of being run over by a settler.

The man, identified as Odeh Malash, 65, from Al-Doha town, in Bethlehem, the man was run over by an Israeli settler about a month ago, in the town of Shu’fat in Jerusalem, where he works.

Malash has been in a coma in the al-Massaked Hospital, in Jerusalem, since then, and was announced deceased, as a result of his wounds, today.

His family was not allowed to visit with his while he was at the hospital due to the Israeli restrictions.

After his death, his corpse was transferred to his family, and he was buried following  a massive funeral ceremony in the graveyard of Aida refugee camp, in Bethlehem.