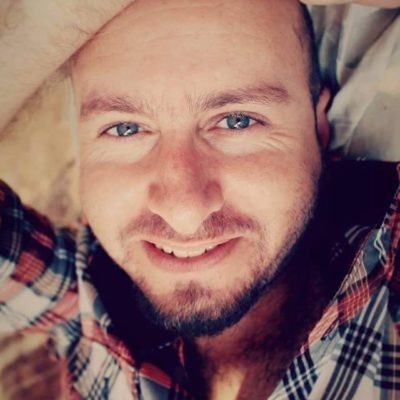 He convulsed. His health condition is extremely serious, as the doctors stated, and has to get his treatment in the West Bank. Even so, the paitent was denied access through Erez crossing, twice.

“We took him directly to Al-Awda hospital, and they made him artificial ventilation to assist him to breathe, until his heart worked again. In the evening, we took him to the Indonesian hospital in Tal al-Za’tar, north Gaza, and the doctors there helped my son with all what they can possibly do. But they advised us to treat him in the West Bank,” explained the patient’s father.

The hospitals in Gaza have limited medical equipment, andthe medical device needed for treating Abu Halloub, is not to be found there. The paitent needs to get his treatment in a hospital where all medical devices needed for his situation are available, as the doctors explained to the paitent’s family.

“We waited 72 hours, as the doctors requires, and then we sent his medical reports to hospitals in the West Bank, and we got an approval from al-Ahli Hospital, in Hebron, on the reception of the patient. We also had an approval from Makassed Hospital, in Jerusalem. Unfortunately, we received a denial from entry from the Israeli side, they refused to give the patient permission to enter through Erez crossing,” the father added. The paitent Abd al-Kareem Abu Halloub, while in the Indonesian Hospital in Gaza.

More at the official site of the International Solidarity Movement (ISM).