Ending A Chef’s Dream, And Maybe His Life 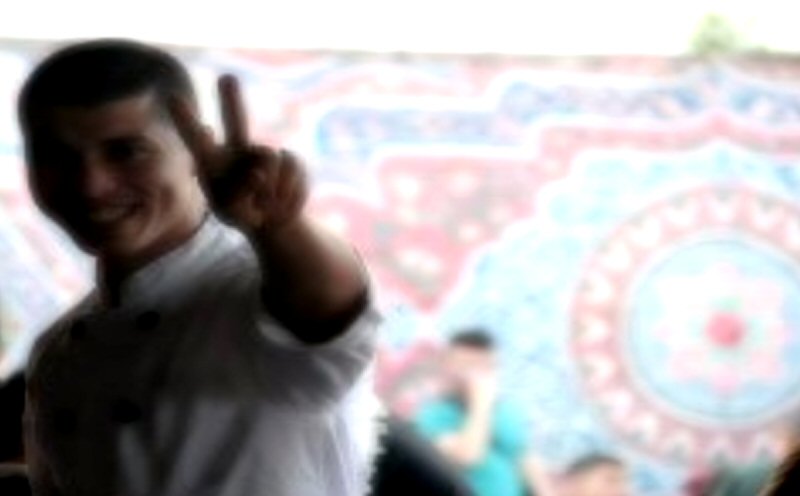 RAMALLAH, Saturday, February 09, 2019 (WAFA) – Before being admitted to hospital to undergo an operation on his eye, Laith Kanaan Barghouti, 26, told his mother, Jamila, about his intention to start a business of his own after the operation in the form of a mobile restaurant. His mother liked his idea and she promised to help him achieve his dream after he heals.

On the day of the operation, Barghouti prepared a bag of all his needs while at the hospital. He had agreed with the Palestinian doctor who came to Ramallah from the Lebanese capital Beirut, Ghassan Abu Sitta, to perform an operation on his right eye, which he lost vision in after it was hit by a tear gas grenade fired by Israeli soldiers during clashes that broke out at the northern entrance of Ramallah on 9 December 2017.

After his injury, Barghouti spent one year visiting eye doctors hoping they would help him restore vision in his eye and treat a more serious damage the injury has caused in his head. The tear gas grenade has opened a large cavity between the eye and the nose in a way that tears would flow into his nose and into his breathing system that could at one point cause him suffocation, particularly when he is asleep.

The doctors he visited did not give him any hope and insisted that it was impossible to restore vision to his damaged eye. However, he did not give up. He traveled to Jordan where he met with many doctors and ophthalmologists all of whom said that there was no hope in restoring his vision.

One doctor, however, Abu Sitta, who was in Amman at the time, told him of the possibility of planting an artificial eye for him after repairing the cavity caused in his head to separate the tear and nose ducts.

When time came for the operation, Abu Sitta had to postpone it after he saw that Barghouti had a severe cold and tonsillitis. A new date was set for January 24. The night before, Barghouti and his family started preparing themselves to go to the hospital to undergo the life-saving operation.

However, what happened that night was beyond anyone’s expectation.

A large Israeli army force raided the Barghouti home in Ramallah and arrested him.

“They arrested him after the bite has reached the mouth,” said his mother, Jamila, lamenting her son’s bad fortune.

Barghouti’s operation was a delicate and critical one. Abu Sitta had told the family that skin cells would be removed from the head in order to implant them in the eye and cheek cavity to block the large gap caused by the injury before he can mount the artificial eye.

Abu Sitta waited around as long as he could hoping the Israeli occupiers would release Barghouti due to his critical injury or to at least allow him to undergo the surgery they have caused him. However, after waiting as long as he could, Abu Sitta had to leave Palestine when his Israeli-issued visa has expired while Barghouti was still in detention.

“We tried to prevent the soldiers from arresting him and pleaded with them that his health is not good and that he needs treatment and to be taken care of every day by changing his eye bandages,” said Jamila. “We told them he needs to take medications to relieve the headache he is suffering as a result of the injury and that his immunity has been weakened. He is always ill and often loses his balance while standing. But they refused to even listen.”

Jamila was concerned that her son may chock while asleep from the tears going down his respiratory system and that there may be no one in the detention center to help him.

“What if he chocks while he is asleep at the Russian Compound detention center, which is known for lacking the basics for a decent life and is highly humid which could affect his health?” she said in obvious concern for her son’s health.

Before his arrest, Barghouti worked with his father in the contracting business after he was a master chef at a Ramallah restaurant before his injury and losing his smell and taste senses.

“He loved cooking,” said his mother. “We were eagerly waiting for him to have the operation to see him heal and get his health back so that he can fulfill his life dream of having a mobile restaurant.”

But the family is afraid now that its son’s dream may never come to life, but even more worried about his own life.