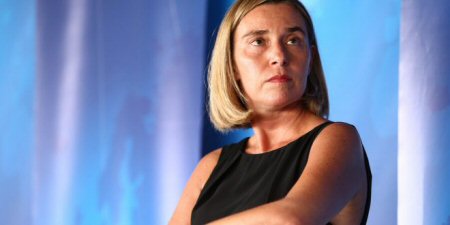 Ahead of the Emergency Donor Meeting in Brussels, today, the meeting’s conveners Federica Mogherini, High Representative for Foreign Affairs, and Norwegian Foreign Minister Ine Marie Eriksen Søreide met with members of the press to highlight their key objectives for the meeting.

The principle objectives ahead of the meeting, which was called under ‘extraordinary’ circumstance and held behind closed doors, were to demonstrate the European Union’s commitment to increase its role in the region and the need to settle the crisis in Gaza.

According to the PNN, Norwegian Foreign Minister Søreide called on ‘the need for a comprehensive plan for the resumption of PA control in Gaza’; while her counterpart in the EU, High Representative Mogherini, regarded the issue in Gaza as being ‘directly linked to the security situation in the entire region and to our common fight against terrorism.’

‘The daily life of citizens has been very difficult for too long,’ High Representative Mogherini said, ‘despite large international humanitarian help including by the European Union’.

High Representative Mogherini announced the adoption of ‘a new package of 42.5 million Euros’ during her press conference, which includes ‘activities in East Jerusalem and support to the building of a democratic and accountable Palestinian state through targeted policy reforms, fiscal consolidation, reforming business, and strengthening of Palestinian civil society’.

Further engagement with the European Union would include future meetings between foreign minister of the Union’s member states and their counterparts among of regional leaders and the Arab League.