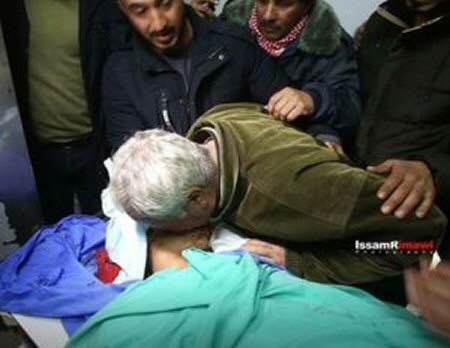 Thousands of Palestinians, Wednesday afternoon, attended the funeral procession of a slain Palestinian teenager in al-Mughayyir village, north of Ramallah.

Thousands of mourners attended the funeral procession of Laith Abu Naim, aged 16, who succumbed to his critical wounds after being shot by Israeli forces with a live round in the head during a violent confrontation in al-Mughayyir a day earlier.

The funeral procession set off from the Palestine Medical Complex in Ramallah, making its way to al-Mughayyir, where he was laid to his rest in the local cemetery.

Among the mourners were Governor of Ramallah Laila Ghannam, member of Fatah Central Committee Abbas Zaki and several representatives of the various security forces and political factions.

Violence erupted between local youth and Israeli forces shortly before the funeral arrived to the village, according to WAFA.

Israeli troops reportedly fired tear gas canisters at the youths. No injuries or detentions were reported, however.