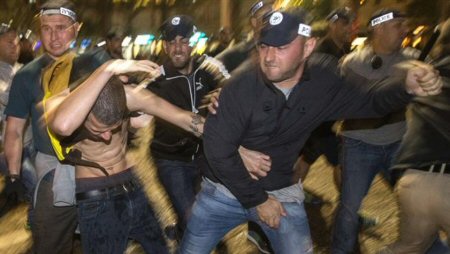 Arab-Israeli MP Ayman Odeh left disappointed after a meeting, with EU Foreign Policy Chief Federica Mogherini, to request that the body condemn and call for the cancellation of Israel’s new racist law.

The meeting came after a number of Israeli officials pressured Mogherini to cancel her meeting with the chairman of the Arab politician, Haaretz reported.

An EU spokesperson said that the law “is first and foremost a matter of how Israel chooses to define itself, and we fully respect the internal Israeli debate on this.”

He added, according to Days of Palestine: “The EU values Israel’s commitment to the shared values of democracy and human rights, which have characterized our long standing and fruitful relations, and would not want to see these values being put in question or even threatened.

“Democracy and equality, including equal rights for minorities, are key tenets that define our societies.”

The EU spokesperson continued: “The respect for human rights and fundamental principles are and will remain a central part of the EU-Israel partnership. We will continue to monitor the implications of this law in practice.”

Several Arab members of the Israeli Knesset are in Brussels, Belgium, to meet with EU officials to discuss “the crawling apartheid” in Israel.

They were calling on officials in Europe to condemn the law which officially declares Israel a Jewish state and strips Arabic of its status as a national language.