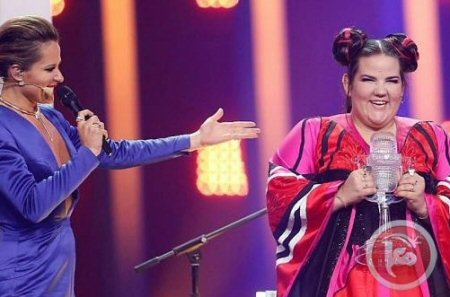 Israel’s win in the Eurovision Song Contest 2018 has been threatened with a lawsuit for alleged plagiarism, under the pretext that it is very similar to the 2003 song “Seven Nation Army” by American band The White Stripes.

Universal Music Group sent the notice to the two writers, claiming copyright infringement about two weeks ago, due to the noticeable similarities between the song “Toy” and “Seven Nation Army”.

In the notice, lawyers of Universal Music Group said that the copyright infringement is based on the similarities in rhythm and harmony.

Several music critics have previously spoken out about the similarities between the two songs, particularly regarding the bass lines.

In March of 2018, Haaretz writer Ben Shalev wrote about the song “Toy” and mentioned that the “music closely resembles the popular song of ‘Seven Nation Army’ by The White Stripes”.

Barzilai, the Eurovision winning singer, has not yet commented on the issue.

Based on the official rules of the Eurovision Song Contest, the winning song must be original; the song is not allowed to be a cover version, or to sample another artist’s work, not allowed to have been previously commercially released and must be completely original when it comes to songwriting and instrumentation.

Universal Music Group officials pointed out that even if both sides reach common ground, which would split the copyrights for the song, the European Broadcasting Union could label the song as unoriginal and, hence, ineligible to have competed in the contest in the first place.

If. in this case, the plagiarism claim is proven in court, Barzilai’s song could lose its eligibility, stripping Israel of its rights to host the concert in 2019.