Excavations Resumed near Al-Aqsa for Construction of Pedestrian Bridge 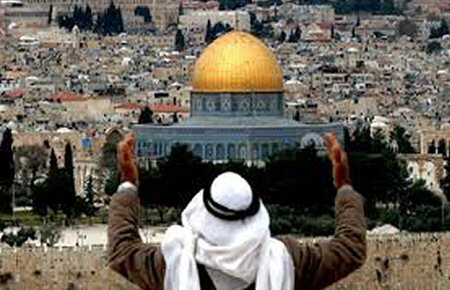 Israeli authorities, on Sunday, resumed excavations in several areas in Wadi Al-Rababeh area in the East Jerusalem neighborhood of Silwan – only a few dozen meters away from al-Aqsa Mosque – in preparation for the construction of a ‘pedestrian bridge’, said Wadi Hilweh Information Center.

WAFA reported that, according to the center, the length of the planned bridge is 197 meters and 30 meters high. It noted that the new plan means confiscating the lands in favor of settlement projects.

The land owners confirmed to the Information Center that they were surprised, today, by the digging operations to implement a new settlement project without informing them in advance so that they can file objections to the competent authorities to prevent its implementation.

Meanwhile, over 100 Israeli settlers, under the protection of Israeli police, stormed the courtyards of the al-Aqsa Mosque through al-Magharbeh Gate, one of the gates leading to the mosque, and attempted to perform religious rituals there.

According to Minister of Waqf and Religious Affairs, Yousif Idais, at least 1,210 violations and attacks against religious Islamic and Christian sites were documented during the year of 2017.

He stressed that the frequency of these attacks have increased after US declaration of Jerusalem as capital of Israel.

According to a report published by the ministry, attacks against al-Aqsa Mosque have reached at least 35 to 45 on a monthly basis.