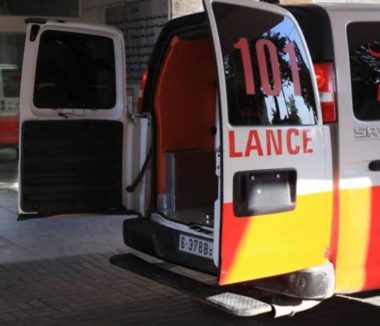 In a brief statement, the Palestinian Interior Ministry in the Gaza Strip has reported that several Palestinians were injured, on Wednesday evening, in an explosion in Gaza city.

Eyad El-Bozom, the spokesperson of the Interior Ministry in the Gaza Strip, said medics evacuated the wounded to the Shifa Medical Center, where surgeries have been performed on them, and are all receiving the needed treatment.

The official did not comment on the seriousness of the injuries, but only said that the Ministry and its security services have initialed an investigation into the explosion.

Similar incidents have occurred numerous times before in the Gaza Strip, many of them due to undetonated bombs, missiles and explosives dropped by Israeli soldiers during the various offensives and bombardments of the coastal region, and other cases took place when fighters were preparing explosives.

Many explosives and undetonated missiles, which were dropped by the Israeli army, have caused numerous deaths and serious injuries to scores of Palestinians, especially workers, farmers, and shepherds, in addition to children in both the West Bank, and the Gaza Strip.