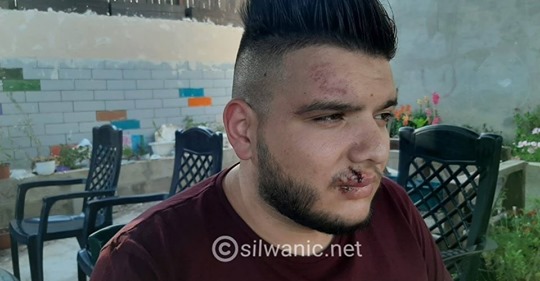 North of Jerusalem, Muntaser Ahmad Issa was assaulted by an illegal Israeli settler and bitten by the settler’s dog, on Wednesday evening, the Wadi Hilweh Information Center (Silwanic) reported.

The young man was reportedly working as a bus driver, when 2 people with a dog got on the bus. The young man explained that there were no dogs allowed, to which the settlers responded by verbally assaulting him.

Issa said that the settlers then began hitting him with a broom, so he attempted to escape. He stated that he witnessed the owner remove the leash and muzzle off the dog, and the dog proceeded to attack him.

The young man was transferred to hospital for treatment where he received stitches in his lip and tongue.

Issa added that the settler stole his cell phone and of all his money.