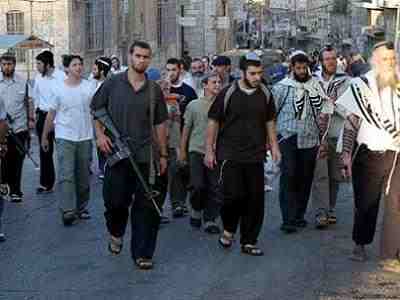 Local sources said that the settlers carried out provocative tours in the courtyards, and took pictures of various locations, according to Al Ray.

The sources added that the presence of worshipers and Quranic students, in the mosque, prevented the settlers from moving freely in the courtyards of Al-Aqsa.

Extremist Israeli settlers and politicians have been violating the sanctity of Al-Aqsa Mosque on an almost daily basis, and always under the protection of armed occupation forces, who often attack Palestinian worshipers who try to protect their holy site.