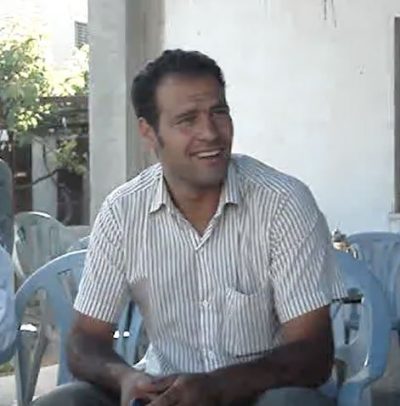 Amhad Abu Rahma, the brother of the late Bassem Abu Rahma, who killed by a high-velocity tear gas canister fired at his chest at close range in 2009, spoke with the IMEMC Friday about the current status of the family’s court case against the Israeli military.

The lawyer spoke to the family on Friday and told them that they have reached the end of the legal appeals in the case of Bassem’s killing.

The Israeli court admits that Bassem was killed, and that it was the soldier’s fault. Despite having one officer and three soldiers called for questioning, the court claims that it had done what it could. But the court has said there is nothing it can do, because they allegedly don’t know the name of the solider who shot Bassem, or even the name of the officer.

Court officials told the family’s lawyer that the file of Bassem Abu Rahma was stolen from the court, and that for that reason, they have an incomplete file on the case.

The Israeli court also says that there was never a clear investigation into the case of Bassem’s death, and that now, due to the stolen file, they do not have enough evidence to continue the prosecution.

The court will not accept any appeal to its decision, or any separate case against the soldiers. They have said that they will not push for any further investigation.

But the family says they are not giving up in the struggle for justice for Bassem Abu Rahma. They want to expose the hypocrisy of the Israeli court system, by exposing this case through the media.

There is no ambiguity in the case, according to Bassem and other family members. The soldier who shot him clearly aimed and shot, and the Israeli military has admitted to this fact.

“We will take the case to international court, if we are unable to achieve justice in the Israeli court”, Ahmad told the IMEMC.

After the Israeli High Court closes the case, there is no further appeal possible in the Israeli court system.

Ahmad noted that the Israeli Court System has no practice or intention of prosecuting the soldier who shot his brother, adding that the Israeli Court System is meant to protect the soldiers, not to hold them responsible for their crimes. Despite the fact that the military admits that they killed Bassem, they will not hold any soldier responsible for the crime.

The family says that the identity of the soldier can be clearly ascertained from the video that shows Bassem being killed. But because the file was ‘stolen’ from the court, no soldier will be prosecuted.

Ahmad Abu Rahma stated, “For seven years this case has been ongoing – the Israeli military has dragged its feet at every step, and delayed every court appearance until this point was reached. And now, after all this time, they are dismissing the case based on the bogus claim that they cannot determine the identity of the soldier who shot him.