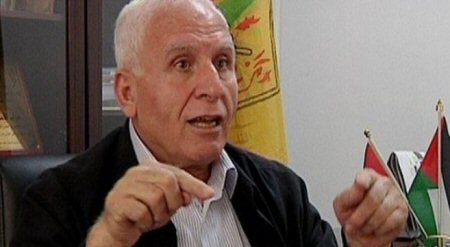 Member of the PLO Executive Committees of the Fateh and the Central Committee of the Fateh movement, Azzam al-Ahmad, denied rumors circulated by Israeli media that the Palestinian leadership had agreed to the truce in exchange for the entry of funds into Gaza through Israel, saying it was unfounded.

Al-Ahmad, in an interview with Voice of Palestine radio, on Tuesday, denied that the issue of paying Israel to supply the Gaza Strip with some needs has been dealt with by President Mahmoud Abbas and his Egyptian counterpart Abdel Fattah al-Sisi.

He added, according to the PNN, that Israel had tried this in the past — in the context of pressure on the Palestinian leadership — to bring funds into Gaza, and spent part of it on the diesel and salaries, describing it as “dangerous behavior.”

He continued by saying that the issue of bringing money to Gaza for the purpose of paying salaries and the entering of fuel, is an internal Palestinian affair, stressing that those who want to help the Palestinian people should help them through legitimate authority, and through the PLO.

Al-Ahmad said that the truce is a “deal” that should be approved by Palestinians, represented by the PLO, adopted as they did in 2014, but, as a principle of calm and quiet and maintaining peace, in the framework of peaceful popular resistance, this is another matter. Many such agreements have taken place and what is going on now confirms this issue.

He said that the truce, under the conditions set by Hamas, aims at the politicization of the subject, indicating that UN Special Coordinator Nickolay Mladenov has also taken part in this politicization through linking aid funds to the calm in the Gaza Strip, which is “not permissible at all.”