Fateh Official: Israel’s Settlement Colonization is an Illegal Presence That Must Be Removed 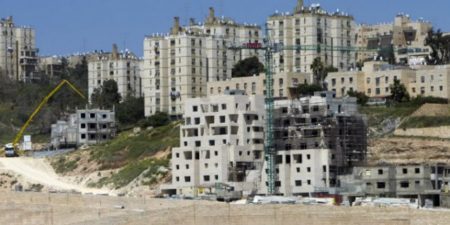 Fateh spokesman and member of its Revolutionary Council, Osama al-Qawasmi, said that Israel’s settlement colonization of Palestinian occupied land is the illegal presence that must be removed, and not the Palestinian buildings and properties.

He said, in response to statements made by Israeli Defense Minister Naftali Bennett, in which he called to demolish the homes of Palestinians in area C under the pretext of being illegally built, that Israel tries to turn the tables to its advantage by giving legitimacy to wrongful acts through the imposition of a fait accompli on the ground, by force of arms, particularly following the US announcement on settlements.

US Secretary of State Mike Pompeo said the Jewish settlements in occupied Jerusalem and the West Bank are not inconsistent with international law, despite the fact that they totally contradict with United Nations resolutions on settlements, specifically Security Council resolution 2334 of 2016.

Al-Qawasmi stressed, according to WAFA, that “we will build on our land and we will resist settlement colonialism, and the cowardly whips of the occupier will not intimidate us,” adding that such racist calls prove the criminal mentality of Israel’s leaders.

Area C includes the scarcely populated areas such as the Jordan Valley and the agricultural and arid open lands and is under total Israeli military rule. It makes 61 percent of the area of the West Bank where only 4 percent of the Palestinian population lives.

Israel’s settlement policy in the occupied Palestinian territories is illegal under international law, as reaffirmed by UN Security Council Resolution 2334.

The Israeli planning authority advanced the building of 1,936 new homes in settlements in the Israeli-occupied West Bank during a two-day meeting ending Monday, Peace Now settlement watchdog said in a statement, according to the PNN.

Meanwhile, the International Criminal Court (ICC) is discussing whether it has jurisdiction ahead of opening a formal investigation into Israeli violation of international law in the Israeli settlements, a move condemned by Israeli Prime Minister Benjamin Netanyahu, who said the ICC has no jurisdiction in the case.

The settlements are located in the West Bank and East Jerusalem which were seized by Israel in the 1967 Middle East war, along with the Gaza Strip. Palestinians hope to build their future state on these lands.