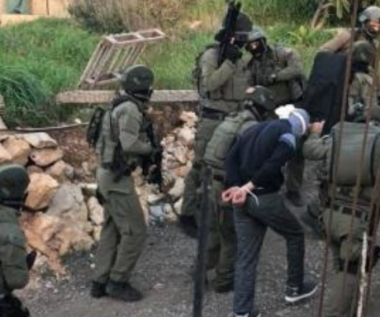 The Palestinian Prisoners’ Society (PPS) has reported that Israeli soldiers abducted, on Tuesday at dawn, seven Palestinians, including a father and three of his sons, in the Ramallah and al-Biereh governorate, in central West Bank.

The PPS said the soldiers invaded Shkheidim village, north of Ramallah, before storming and ransacking many homes, and abducted Haitham Edrees, along with his sons Dia’, Mahdi and Mohammad, in addition to Ziad al-Badawi.

The soldiers also abducted Fayez Issa Turmusani, 26, from his home in the al-Am’ari refugee camp, south of Ramallah, after invading his home, and the home of Faraj Rommana.