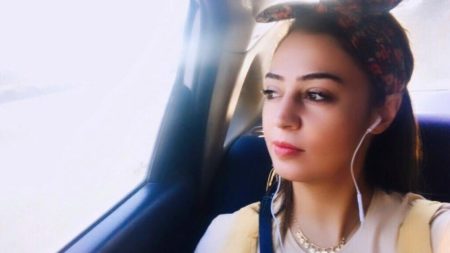 A Palestinian-Jordanian who has been on hunger strike for 15 days, in the Israeli prison system, has revealed the details of her horrific interrogation and torture, the PLO Prisoners’ Committee reported on Monday. Heba Al-Labadi, age 24, was abducted on 20 August, by Israeli soldiers, as she crossed the Allenby Bridge, from Jordan, to attend a wedding in the occupied West Bank, with her mother.

According to her lawyer, Al-Labadi has been subjected to inhumane treatment while in detention. She was apparently stripped of all of her clothing as soon as she was taken, then handcuffed, blindfolded and leg-chained before being moved to the Bitah-Tikva investigation centre. She told her lawyer that she was embarrassed when she saw the female Israeli soldiers looking at her private parts when she entered and left the toilet.

Al-Labadi also explained that she was interrogated for 20 consecutive hours during the first 16 days of her detention, and said that she was given only two breaks for meals, each day. She was then moved to rooms full of collaborators, who started to interrogate her; this lasted for up to 35 days, during which she was subjected to verbal, physical and psychological abuse. The Israeli interrogators, she insisted, got close to her body intentionally and used the dirtiest of words to insult her.

“They also insulted Islam and Christianity,” she said, “and said that I am an extremist, and told me that they had arrested my mother and sister, and they would put me under renewable administrative detention for seven and a half years, and then release me to the West Bank, and put me under 24-hour surveillance.”

A large number of investigators are said to have interrogated Al-Labadi and kept her in a very dirty cell with insects and spiders. The cell had rough walls and a bright light which prevented her from sleeping. The “very thin” mattress had no cover, nor clean sheets. The interrogators told her that she would “rot” in prison.

On 25 September, Heba Al-Labadi was issued with a 5-month administrative detention order, with neither charges made against her nor a trial, and this was why she started her hunger strike.

Two days later, she was moved to a cell monitored by four cameras. The toilet in her cell has a see-through door, so her every move is monitored by the prison guards.

Despite being ordered to end her hunger strike, she insisted that the “tragedy” of the administrative detention must end first. “I will continue until the end, or I shall die.”