Slain Gaza Protester: Father, Husband, Brother, and “a Palestinian who dreamed of liberation” 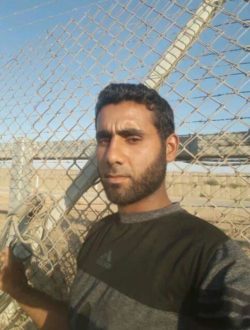 A Palestinian protester identified as Alaa Nizar Hamdan, 28, was shot dead on October 4, by Israeli Occupation soldiers in Jabalia, northern Gaza during the 77th week of the “Great March of Return” protests.

As thousands of Palestinians gathered near the Israeli barrier fence surrounding Gaza to participate in the marches, Israeli forces, who were positioned on sandy hills near the separation fence, opened fire, using live ammunition and tear gas canisters against the unarmed protesters. At least 50 were injured, 22 of them from live ammunition.

Alaa Nizar Hamdan was a husband and father with a 3 year-old daughter, Layan. On Saturday, the day after Alaa was killed, I spoke with his wife and family.

“Layan was everything to her father, since his death she has asked me hundreds of time about him, and I just keep crying… he always dreamed to have kids, and to bring them up in a beautiful home of their own,” his wife recalled. Layan was conceived through in vitro fertilization, an extremely costly process anywhere in the world but especially for Gazans. “He was working on his new flat, it just needed a few more things to be ready for us, but he died before achieving his dream.”

Layan, Alaa’s only daughter, sat beside me while I spoke with her mother, playing with the new toys her father brought her for her 3rd birthday, blissfully unaware that her father would not be coming back, that she is now fatherless. “Last month, he celebrated his daughter’s birthday for the first time. He saved money from his salary for 6 months for the celebrations and gifts.”

One of Alaa’s sisters, Hanaa, 22, told me, “We are seven sisters and six brothers, Alaa was the middle brother, and the kindest among us…He was always so helpful and smart,” she added. 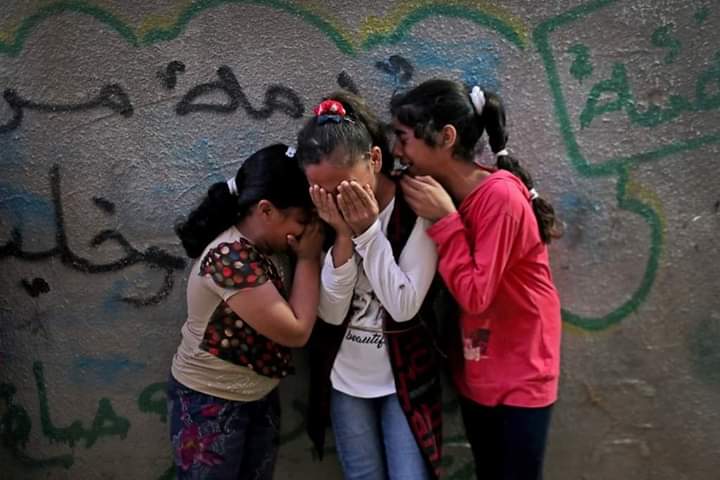 Alaa was previously shot and injured in the leg a month ago by Israeli snipers during the Great March protests. Alaa’s brother Mohammad recalled that “even after his injury, he would go with his crutches, to keep protesting for our rights. He enjoyed life, he liked swimming and travelling…his only fault was being a Palestinian who dreamed of liberation.”

Mohammad was there the day Alaa was killed and saw it happen in front of him. “He posed no threat to the Israeli soldiers, he was not even holding anything in his hands. He was more than 100 hundred meter away from the soldiers.” According to PRCS ambulance medics, who took him to the Indonesian Hospital where he was pronounced dead, Alaa was shot in front of the main gate of Abu Safiyah area while he was about 80 – 100 meters west of the Israeli barrier fence. 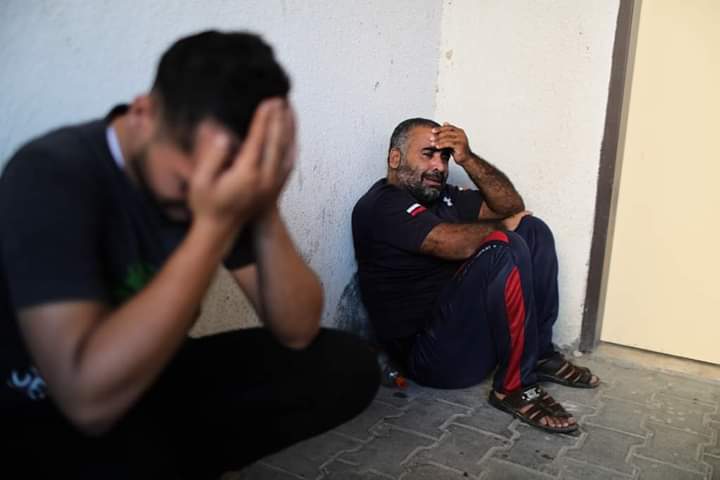 Alaa used to work in a stone factory but the factory closed several years ago due to the Israeli economic and military blockade imposed on Gaza.

Medics say the slain father was shot in his chest by an explosive bullet, banned under international law, fired by an Israeli soldier enforcing an illegal occupation. Since the commencement of the Great March of Return in Gaza, in March 2018, 313 Palestinian protesters have been killed by Israeli forces, among them 2 journalists, 3 paramedics, 3 women and over 90 children. Thousands more have been wounded.

Palestinians in Gaza are calling for an end to the longstanding Israeli siege, which blocks the shipment to Gaza of everything from medical supplies, food and fuel, to materials to rebuild their homes, and the right of return to lands they were forcibly expelled from inside Occupied Palestine.

Wafa Aludaini is a journalist and activist in Gaza who writes a weekly column for ISM on the Great March of Return.