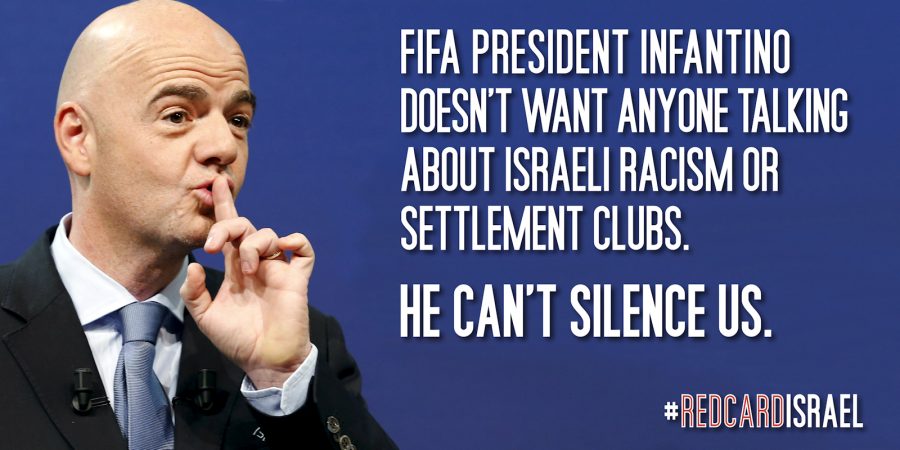 Hind Awwad of the Palestinian Campaign for the Academic and Cultural Boycott of Israel (PACBI), said:

It is clear that Infantino is following in former FIFA President Sepp Blatter’s footsteps, and that his commitment to upholding human rights is a sham. He had an opportunity to correct FIFA’s disgraceful record of delays and selective enforcement of its statutes, but chose instead to double-down with more of the same unabashed disregard for international law and its own statutes.

The FIFA Council prevented the Congress from voting on the issue of Israeli settlements, once again shielding Israel from accountability for its violations of FIFA statutes and Palestinian human rights.

Today’s FIFA Congress will stain FIFA’s already damaged reputation. Infantino and FIFA have effectively given Israel a green light to continue its repression of Palestinian sports, arbitrarily arrest Palestinian athletes and to continue to play on stolen Palestinian land.

Infantino seems to have fooled himself into thinking this issue will simply go away. This latest capitulation to Israeli bullying will only serve to invigorate the growing movement to suspend Israel from world football, like apartheid South Africa was, until it respects Palestinians human rights.