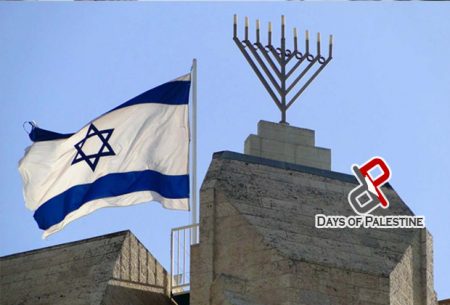 The Israeli Knesset approved, on Wednesday, a preliminary reading of bill that considers Israel to be a “Jewish” state and considers the whole of Jerusalem as its capital.

The reading was approved, according to Days of Palestine, with 48 parliament members voting in favor and 41 voting against, in a tumultuous session which saw Arab lawmakers Hanin Zoabi and Jamal Zahalqa both removed from the assembly.

In a statement, the Knesset declared that the legislation would formalize Israel’s status as the “national home of the Jewish people.”

If passed, the law would eliminate Arabic as an official state language in Israel — a status it has been in force since the country’s establishment in 1948.

The bill will now be referred to the Knesset’s legal committee before being subject to a first reading.

Aside from Palestinians in the occupied territories, there are roughly 1.4 million Palestinian–Arab citizens of Israel.