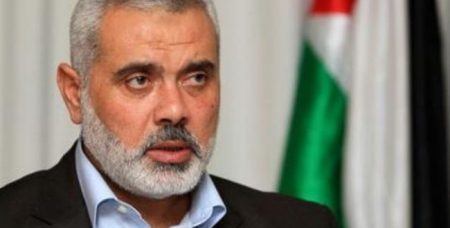 The Hamas movement, on Thursday, said that it has arrested the assassin of one of its top military chiefs, Mazen Fuqaha. The announcement came during a conference in Gaza today, by Hamas leader Ismail Haniyyeh.

“Everyone knows Israel wants to harm Hamas… we’ve stopped the assassin who pulled the trigger following the instructions of his Israeli commanders,” Haniyyeh said, according to the PNN.

Fuqaha, a senior member of Hamas’ military wing, the Izz ad-Din al-Qassam Brigades, was gunned down on March 24 in the southern Gaza City neighborhood of Tel al-Hawa. The first suspect of the attack was Israel.

Israel had sentenced Fuqaha to life in prison, plus an additional 50 years, for allegedly planning a suicide bombing on a bus in northern Israel in 2002, which killed nine Israelis. But, in 2011, he was released as part of a prisoner exchange deal to free Israeli soldier Gilad Shalit.