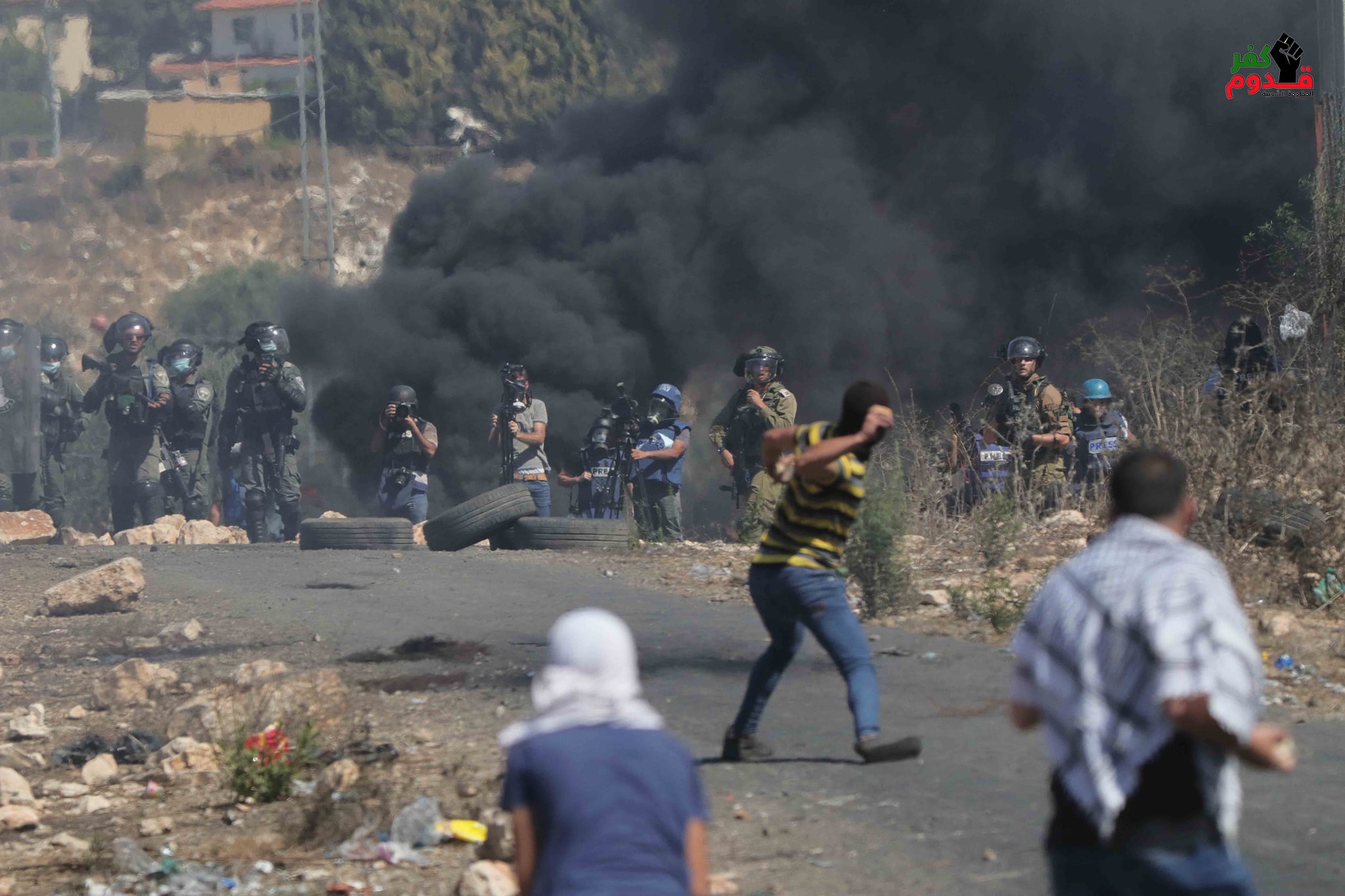 Fifteen Palestinian civilians were injured by Israeli forces, Friday during the weekly protest against Israeli settlements, which has been held every week in Kufur Qaddoum village, east of Qalqilia in the northern West Bank, according to local sources.

Morad Eshteiwi, coordinator of the popular resistance in Kufur Qaddoum, told Palestinian WAFA News Agency that Israeli soldiers opened fire at demonstrators with rubber-coated steel rounds and tear-gas canisters, injuring fifteen of them, while causing many to suffer the toxic effects of tear-gas inhalation.

Four injured civilians were transferred to hospital, and others were treated on site by local medics.

Villagers from Kufur Qaddoum and neighboring villages have been demonstrating every Friday to express their opposition to illegal Israeli settlements, and to demand Israeli authorities to reopen the village’s main road, which the army sealed off in 2002.