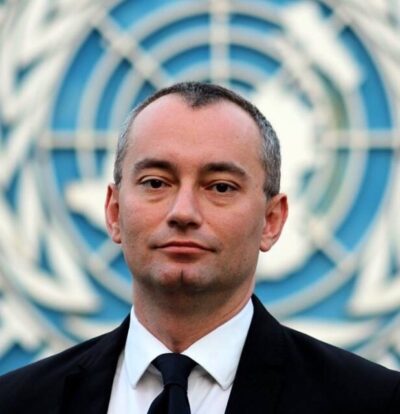 In an interview with the New York Times upon leaving his post, Mladenov made a number of controversial statements about the normalization process which Israeli officials have been pushing with Arab nations, especially the dictatorships in the Persian Gulf, where Israeli normalization has been well-received.

As UN Special Coordinator, Mladenov had pushed for the normalization of relations between Arab states and Israel, which he hoped would push Israeli Prime Minister Binyamin Netanyahu to decide to drop his plans to annex the Palestinian Territory known as the West Bank. But to date, Netanyahu has made no such concession – despite achieving normalization with a number of Arab nations.

Mladenov told the New York Times, “I come from the Balkans. We’ve changed borders. We’ve fought over holy places, languages, churches. We’ve exchanged populations, for 100 years, if not more. And when you carry that baggage, it does help you see things a bit differently. This is not a conflict where you can come in and just draw a line. It’s emotional.”

He admitted in his interview that Trump’s son-in-law Jared Kushner had confided in him about the so-called ‘peace plan’ he planned to force onto the Palestinians, and that even though he was not a fan of it at the time it was presented, he now sees the process of normalization — that is, allowing Israel to maintain its military occupation unchallenged by neighboring and nearby states — as one that creates “exciting possibilities” for the next UN Special Coordinator.

He stated, “OK, now it’s very emotional, the Palestinians are super angry. But put away those emotions and think: Who’s most effective when they try to push Israel to do certain things? Egypt and Jordan. If four, six or 10 Arab countries have embassies in Tel Aviv, you’d want them to be on your side, right?”

He will be replaced by the Norwegian diplomat Tor Wennesland, whose appointment to the position was praised by the Arab League.

During his tenure, Mladenov was known for criticizing both Palestinian and Israeli attacks against civilians which violated UN principles.

But his endorsement of the normalization being carried out by Israel with Arab nations was met with anger from Palestinians, who have criticized the Arab nations who have gone forward with normalization as having abandoned the Palestinians in their ongoing struggle for self-determination while under the yoke of an ongoing military occupation by the Israeli military.