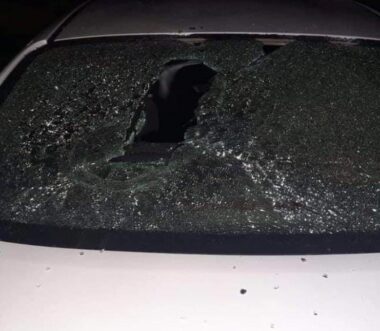 A group of fanatic Israeli colonists, illegally squatting on Palestinian lands, attacked on Monday morning Palestinian homes, and punctured the tires of several vehicles, in Sarta village, west of the central West Bank city of Salfit.

Local sources in the village said the colonists infiltrated into the community before hurling stones at many homes, causing damage.

Owners of some of the attack homes have been identified as Sa’id Sarsour, Mokhtar Abdullah Sarsour, Mohammad Hisham Sarsour, Ma’zouz Sarsour, and Mustafa Ibrahim Khatib.

The colonists also punctured the tires of several cars, in addition to a bulldozer owned by Yousef Mohammad Khatib.

In related news, the colonists invaded Palestinian farmlands in the al-Farisiyya area, in the West Bank’s Northern Plains, and bulldozed them.

The colonists have been trying to illegally annex the privately-owned Palestinian lands to use them for agriculture and illegal outposts.