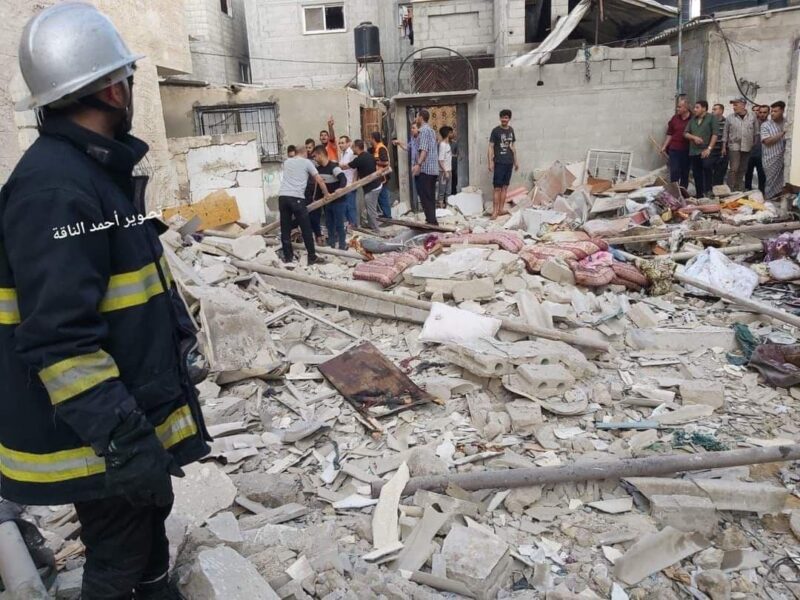 Following ten days of massive Israeli bombardment of civilian areas in all parts of the Gaza Strip, over 250 Palestinians were killed – 67 of them children. Now, more bodies continue to be uncovered under the tons of rubble of what used to be people’s homes.

The four Palestinians who were pulled from the rubble on Monday have not yet been identified, but the Palestinian Ministry of Health is working on identification. The four bodies were found buried under what used to be homes in Khan Younis, in southern Gaza.

They were taken to Nasir Hospital in Gaza City.

Rescue crews have given up hope of finding any more people alive under the rubble of the hundreds of tons of cement destroyed by Israeli F16 and F35 aircraft and drones made in the US dropping bombs on homes for ten days straight.

Now, they say they are just hoping to find the remains of any of the Palestinians who are still missing.