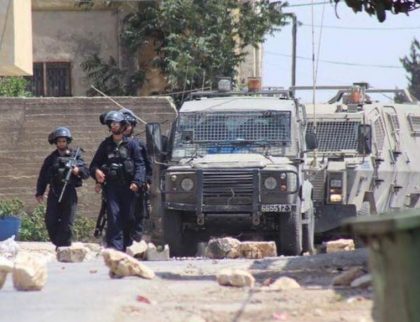 Israeli soldiers attacked, Friday, the weekly protest against the Annexation Wall and colonies, in the northern West Bank village of Kufur Qaddoum, east of Qalqilia city.

Eshteiwi added that all the injured protesters were treated at the scene, while many others suffered the suffocating effects of tear-gas inhalation.

Since 2011, villagers from Kufur Qaddoum and surrounding villages have organized a nonviolent demonstration on Fridays, to object to the illegal Israeli colonies, and to call on the Israeli occupation authorities to reopen the village’s main road, which has been closed by the army since 2002.