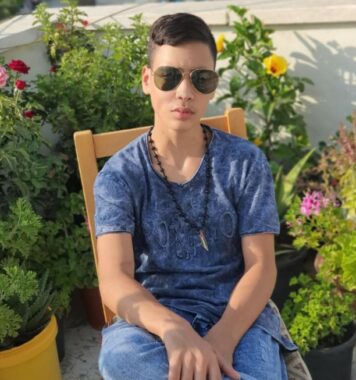 Dozens of Palestinians held, after midnight, the funeral procession of a slain Palestinian child after Israeli allowed the transfer of his corpse almost four months after the soldiers killed him in Jerusalem.

Media sources said the army transferred the corpse of Omar Abu Assab, 16, shortly after midnight Tuesday, before Palestinian medics moved the slain child by ambulance to the Al-Makassed Hospital in Jerusalem.

The family took the corpse of their slain son before holding prayers in Al-Aqsa Mosque, and buried him in the al-Yousifiyya graveyard, north of the holy site.

The Israeli army informed the family that only twenty-one persons were allowed to participate in the funeral ceremony and burial and imposed a tight siege around the graveyard to prevent the Palestinians in the area from reaching it.

Despite Israeli restrictions and the heavy military deployment, dozens of Palestinians made their way to the area and participated in the prayers and the burial while chanting against the ongoing Israeli occupation.

It is worth mentioning that the soldiers killed Omar on November 17, 2021, after he allegedly stabbed two officers in the al-Wad Street in the Old City of occupied Jerusalem.