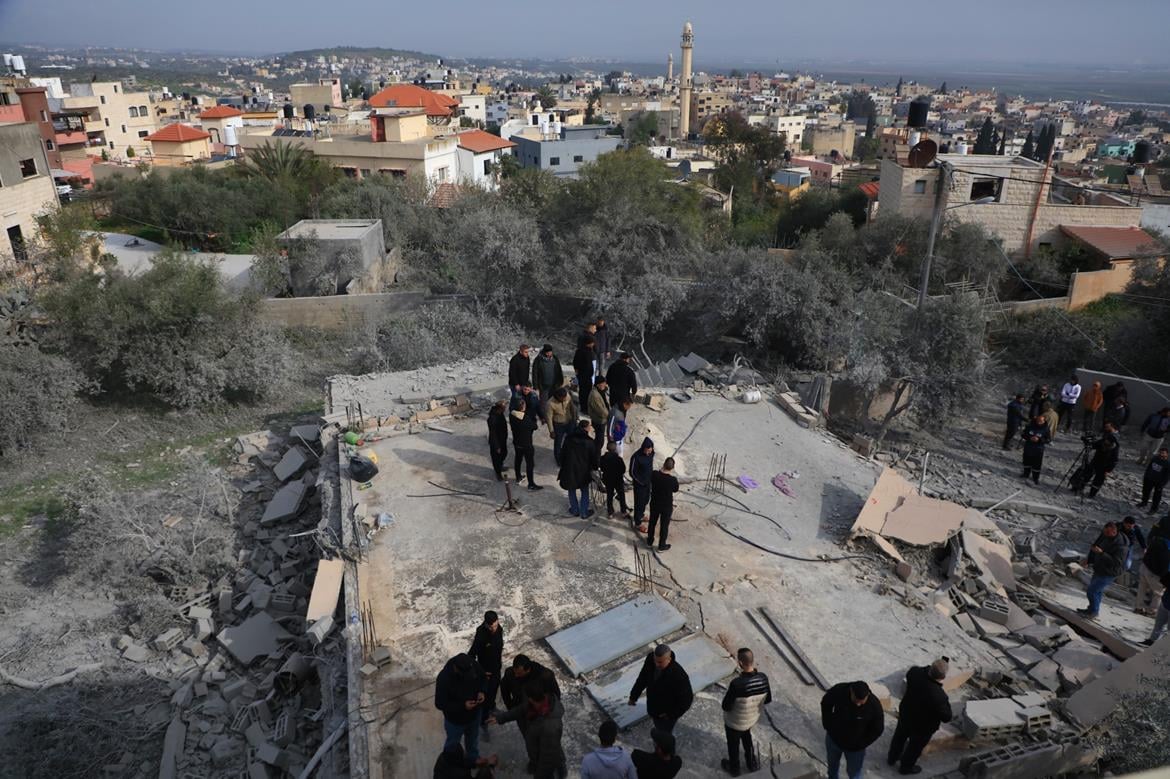 Israeli forces detonated, on Tuesday, the homes of three Palestinian prisoners currently incarcerated for the alleged killing of Israeli settler in December of 2021, the Palestinian news & Information Agency (WAFA) reported.

Soldiers isolated and stormed Silat al-Harithiya town, west of Jenin, in the northern part of the occupied West Bank, before detonating the homes of the Palestinian prisoners Mohammad, Gheith and Omar Jaradat.

A large army force, along with 150 military vehicles including armored bulldozers, invaded and secured the area before taking measurements before exploding and destroying the family homes.

Furthermore, one Palestinian young man was injured after being rammed by an Israeli military vehicle, in addition to dozens who suffered inhalation injuries due to tear gas.

The Jaradat’s are accused of killing an illegal Israeli settler named Yehuda Dimantman, 20, on December 16, 2021.

“No general penalty, pecuniary or otherwise, shall be inflicted upon the population on account of the acts of individuals for which they cannot be regarded as jointly and severally responsible.”
Hague Regulations, Article 50

“Collective punishment for individual acts, corporal punishment, imprisonment in premises without daylight and, in general, any form of torture or cruelty, are forbidden.”
Third Geneva Convention, Article 87