Israeli Colonist Killed In A Shooting Near Homesh Outpost, North Of Nablus 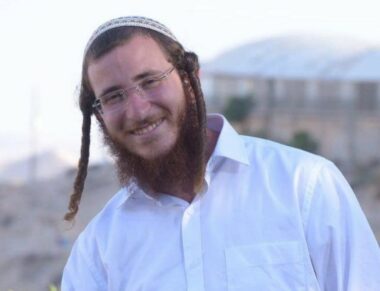 An Israeli colonialist settler was killed, on Thursday at night, in a shooting attack near the evacuated Homesh colonialist outpost, built on Palestinian lands north of Nablus, in the northern part of the occupied West Bank.

Israeli sources said the young man has been identified as Yehuda Dimantman, 20, and added that he was with two of his friends, driving from a Yeshiva when their car came under fire near Homesh.

They stated that Yehuda was a Yeshiva student who lived in the Shavei Shomron colony and added his two friends were mildly injured.

After the shooting, the medics rushed to the scene and tried to revive Yehuda but had to pronounce his death due to his serious wounds.

While the Hamas movement did not claim responsibility for the shooting, it praised the attack, and described it as a “heroic operation against the illegal Israeli occupation and its murderous settlers.”

It is worth mentioning that the Israeli army and the security agency said they managed to pinpoint the location where the Palestinians opened fire at the car and added that they [the Palestinian shooters] stood near the road and fired nearly ten live rounds at the car while it was leaving the area and said that the efforts to capture the shooters are ongoing.

The Israeli army deployed dozens of soldiers in the area and initiated a massive search campaign.

On Thursday evening, a group of illegal Israeli colonizers attacked many Palestinian cars and closed a main road, east of Hebron city, in the southern part of the occupied West Bank.

It is worth mentioning that Israeli soldiers killed four Palestinians, including a child, in the occupied West Bank since the beginning of this month.