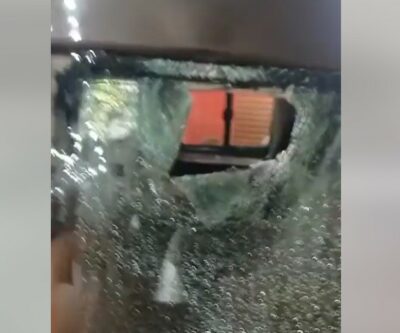 Israeli soldiers imposed on Thursday at night, a tight siege on the Nablus governorate, in the northern part of the occupied West Bank, while Israeli colonizers attacked many cars, including the convoy of Palestinian Agriculture Minister, near Nablus.

The sources added that the army deployed dozens of additional soldiers on the main Nablus-Jenin Road, before stopping and searching hundreds of Palestinian cars.

In addition, a group of around 50 colonizers attacked the cars of Palestinian Agriculture Minister Riyad al-‘Atari and several staffers, in front of Israeli soldiers, who just stood and watched, near Huwwara junction.

It is worth mentioning that an Israeli colonizer, identified as Yehuda Dimantman, 20, was killed and two others were injured after Palestinians opened fire at his car, near the evacuated Homesh colonialist outpost, built on Palestinian lands north of Nablus.