Gas in Palestine: An Introduction 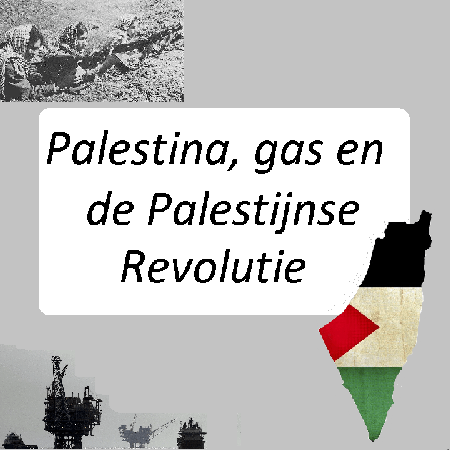 The following is an English translation of the introductory piece on a new Dutch-language blog exploring the relationship between the colonization of Palestine, natural gas and the Palestinian revolution.  The original article was published in Dutch on 24 December 2017,

Fifteen gas fields have been found on the coast of Palestine since 1999. With a value of at least two hundred thirty billion dollar, this gas will play an important role in the region. The key question for us is how the gas will influence the Palestinian people and their struggle for liberation. This article is a short introduction to this topic.

Who, what, how much?

The first gas field off the coast of Palestine was found in 1999 and the first flow of gas was realized five years later. Up until today fifteen gas fields have been found that belong to Palestine, six of which are being exploited by ‘Israel’. The total amount of gas is between forty and fifty TCF (trillion cubic feet) and has a minimal value of $230bn.

As a settler-colony and apartheid state ‘Israel’ has complete control of the gas fields. 40% of the gas will be exported and the remaining 60% will be used for domestic consumption. The sole current export is to Jordan with a total value of fifteen billion dollars. Cyprus, Greece, Italy and the EU also have a joint agreement for the construction of a pipeline to facilitate ‘Israeli’ gas exports to Europe. In regards to domestic consumption the gas makes ‘Israel’ energy independent for the coming decades. ‘Israel’s’ economic position and economic independence are clearly strengthened by the exploitation of the gas fields.

The PA and political parties

The gas has far reaching political consequences. Gas deals with foreign states on the one hand further normalize ‘Israel’ and strengthen its economy. On the other hand gas platforms, pipelines and complicit companies are new targets for the Palestinian resistance and the international solidarity movement. It is only a matter of time before the global BDS movement becomes a significant force against the ‘Israeli’ exploitation of the gas. In this sense, the political meaning of the gas is two-sided or contradictory: on the one hand it strengthens the occupation economy; on the other hand it offers more ways of resistance.

But not all Palestinians have a problem with the Zionist gas exploitation. The Palestinian Authority is as always positive about ‘Israel’ and ‘their’ gas. While the PA canceled a $1.2 billion gas deal with ‘Israel’ in March 2015, they offer no resistance to ‘Israeli’ control over the gas. This holds for the gas in Gaza, the Dutch institute SOMO wrote that ‘Israel’ is currently stealing the gas there.

Hamas, who govern Gaza, and the PFLP have been confronting ‘Israel’ about the gas. Mohammed al Zoari, aka ‘the engineer’, was killed in Tunisia in December 2016. He was working on an underwater drone for Hamas to attack gas- and oil platforms. The PFLP rejects all non-Palestinian exploitation of the gas and also agitates against regimes that make gas deals with the Zionist entity.

The Palestinian struggle for liberation in the Netherlands

Noble Energy (United States), Delek Group and Avner (both ‘Israel’) are the most active companies currently involved with the Palestinian gas. Additionally is, Royal Dutch Shell (British-Dutch), mainly working on the gas fields on the coast of Gaza. While the PA is in talks with Shell about exploitation of these fields, this is likely never to be a reality. Multiple high-placed ‘Israeli’ scientists and politicians have spoken negatively about a fast exploitation of the Gaza fields. Shell also wants to buy ‘Israeli’ gas to sell in Egypt.

It may be clear that the Dutch movement can play an important role because of the Shell involvement. Add to this that work is being put into constructing a pipeline from Palestine to Europe.With a government that probably wants less dependence on Russian gas, Palestinian gas can be flowing through the Netherlands in a decade.

The BDS-movement, especially in the Middle East, is already working on stopping the gas theft. It is our task in the Netherlands to follow this example and stand shoulder to shoulder with activists in Jordan, Turkey and Palestine. We have to struggle in order to guarantee that the resistance will be stronger than the ‘Israeli’ gas profits.

All of the text may be used by others for any purpose as long as the original source is mentioned (Palestina, Gas en de Palestijnse Revolutie. https://palestijnserevolutie.wordpress.com/ )