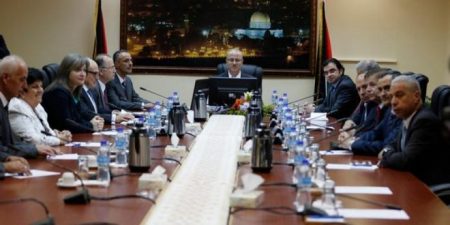 Hamas has officially declared that the Gaza Strip is under the administration of Palestinian Unity Government. They said, on Thursday, that it would work to support the national reconciliation government and strengthen its role to carry out its tasks.

Hamas spokesman, Abdul Latif al-Qanoua, said in a press statement that Hamas will put the interest of the entire Palestinian people above any interest or advantage for either of the political parties in the negotiations in Cairo as it will deal with a positive and complete flexibility to make it a success.

According to the PNN, he pointed out that Hamas is committed to the previous agreements with the Fateh movement, and is ready to begin implementation according to the Cairo Accord in 2011.

On the other side, Secretary General of the Central Committee of Fateh, Jibril Rjoub, said that the Committee is scheduled to hold a meeting in Ramallah, at midday Thursday, to discuss the latest political developments in Palestine, particularly regarding the reconciliation process.

He said that the meeting will be chaired by President Mahmoud Abbas as they will discuss the national reconciliation file in addition to Fateh affairs.

Fateh is expected to send a senior delegation to Cairo on Tuesday for meetings with Hamas to discuss important issues on the reconciliation agenda including security in Gaza, employees and Hamas weapons. One Palestinian Shot, others Suffocate at Demonstrations in West Bank