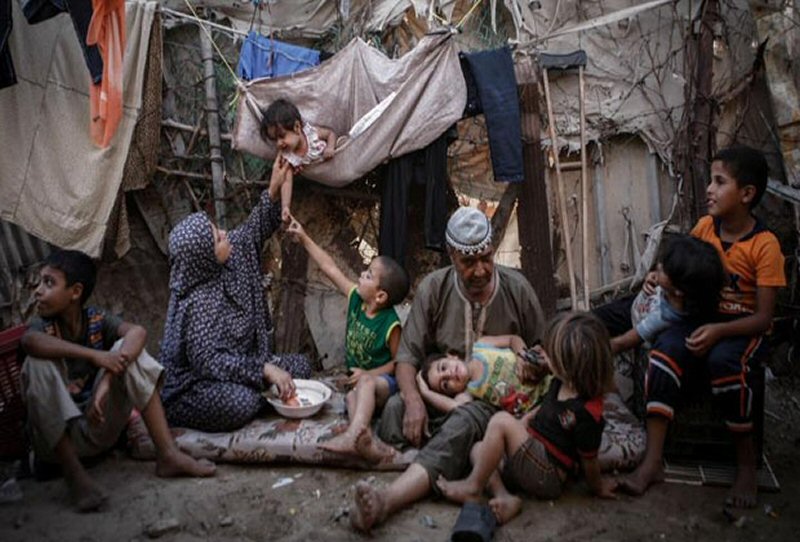 Chairman of the Popular Committee Against the Siege on Gaza said, on Friday, that poverty rate among Palestinians in the territory has reached 80 per cent.

“This has had disastrous effects on all aspects of life,” explained Jamal Al-Khodari in a press statement. “Moreover, at a time of unprecedented crises, punishing measures taken by the Palestinian Authority in the West Bank have complicated the situation.”

He pointed out, according to Days of Palestine, that unemployment in Gaza stands at 60 per cent, among the highest rates in the world.

The independent MP said that the only solution for saving the Gaza Strip is achieving internal reconciliation, ending the division and lifting the Israeli-led siege. The latter, stressed Al-Khodari, and the opening of the Gaza border crossings unconditionally, is very important.

Furthermore, he suggested that an emergency fund should be established to tackle the crises by funding employment projects for labourers as well as graduates, and allocating more money to rebuild Gaza.

Thousands of young Palestinian graduates have no employment opportunities in the besieged territory.

Al-Khodari noted that the electricity crisis has a major impact on the provision of healthcare and education, as well as the commercial, industrial and social sectors.

The economic situation, he said, is “very difficult” due to the full or partial closure of hundreds of factories in the Gaza Strip. The MP estimated the losses at tens of millions of US dollars.

In conclusion, Al-Khodari referred to the severe shortage of medicines and medical disposables, and the reduction of medical referrals abroad, which have exacerbated the troubled healthcare sector in the Gaza Strip.