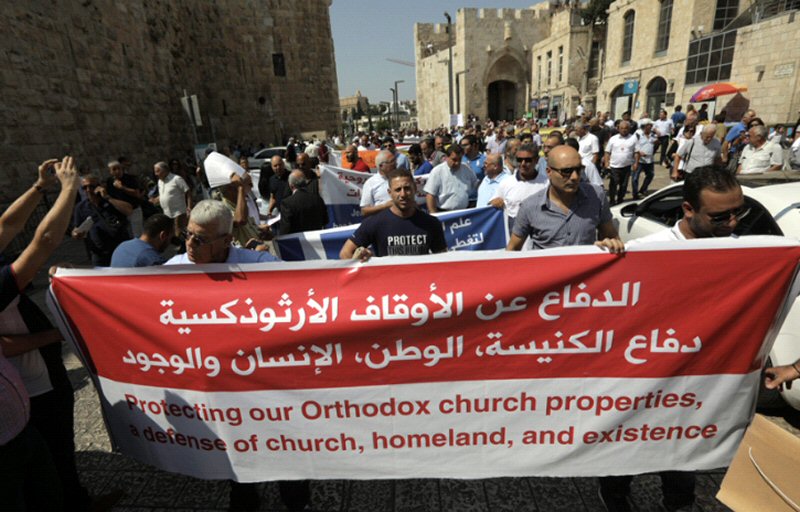 Members of the Greek Orthodox Church in Palestine protesting in Jerusalem against sale of church property. (WAFA photo/Afif Amireh)

Hundreds of Palestinian Christians and Muslims demonstrated Saturday, at Jaffa Gate in Jerusalem’s Old City, against a sale of church property by the Greek Orthodox patriarch, according to WAFA correspondence.

The demonstrators included mainly Greek Orthodox Christians who came from various cities to tell their patriarch that it wasn’t his right to sell property that really belongs to the community.

They also called for the resignation of Theophilos III, as patriarch, as well as that of his synod, demanding to replace the current Greek clergy with Arabs.

The protest came following steps taken, by the Palestinian Arab Greek Orthodox community, to escalate protests against the sale of church property, mainly at Jaffa Gate and in Jerusalem, that went to Jewish developers and settler groups.

They said that the property in question has religious, historical and strategic value to Christians in the Holy Land and its ownership should not go to any other party.