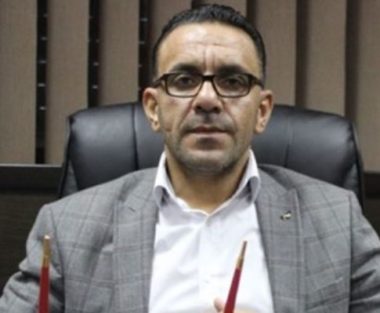 Jerusalem Governor at the Palestinian Authority Adnan Gheith issued a statement strongly denouncing the serious Israeli escalation against the Palestinian homes and property, in Wadi al-Hummus neighborhood in Sur Baher village, south of occupied East Jerusalem, and described them as war crimes.

Gheith said the ongoing and escalation Israeli demolition of Palestinian homes and property, and the recent decision to demolish sixteen buildings of 100 apartments, for “their proximity to the illegal Annexation Wall,” as acts that constitute war crimes, in addition to violating all related international agreements and resolutions.

His statements came during a meeting with the representative the Organization of Islamic Cooperation in Palestine, Ahmad Roweidi, in addition to many residents from Sur Baher.

“The extremist right-wing Israeli government is targeting the existence of our people in occupied Jerusalem, and the rest of Palestine,” Gheith said, “These violations are meant for displacing the Palestinians, and remove them out of the occupied city.

Hamada Hamada, the head of Wad al-Humus Defense Committee, stated that Israel also issued orders 20 buildings in the last three months, and added that most of the threatened structures are apartment buildings, located in Area A of the West Bank, under the allegation of being built without permits from Israel.

Area A of the West Bank is under Palestinian civil and security control, and the buildings were all licensed by the Palestinian Authority.

Wadi al-Hummus is considered an extension of Sur Baher town, south of Jerusalem, and is located on 3000 Dunams of Palestinian lands.

The Israeli authorities have been denying the Palestinians the right to build in nearly half of Wadi al-Hummus, for “its proximity to the Annexation Wall,” which separates it from villages in Bethlehem governorate.