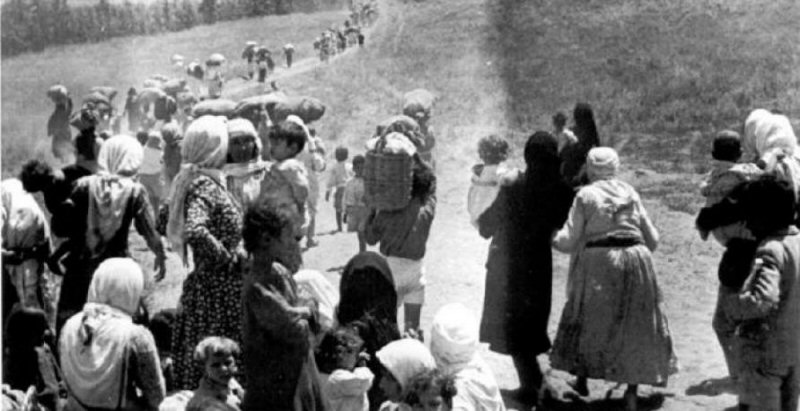 Hamas’ Office of Refugee Affairs of the Islamic Resistance Movement stated that the United Nations committed a historic massacre against the people of Palestine by adopting the Partition of Palestine, separating it into two states, an Arab state and another Jewish one.

Marking the seventieth anniversary of the Partition resolution that takes place on November 29, every year, the office said that the resolution enabled Jews to establish their state on the land of Palestine, and resulted in the theft of history, culture and civilization of the Palestinian people.

The office added, according to Al Ray, that the resolution also triggered the catastrophic effects of killing, displacement, suffering, and blockading, which continue to this day.

The office pointed out that Palestinian suffering, over the past 70 years, was a result of a crime perpetrated by the international community when it had adopted the Resolution 181, made by the United Nations General Assembly on November 29, 1947.

The office holds the United Nations accountable for the full legal, political and moral responsibility accrued for what has become of the Palestinian people, stressing that the partition resolution is an international sin which needs a universal correction.

It noted that the resolution is illegal, adding that the United Nations does not have the right neither to establish a new state, nor to revoke an existing one.

The office called upon the United Nations and the international community to work on ending the Israeli occupation of Palestine, and to atone for their crime against the people of Palestine by correcting or reversing Resolution 181.