Hamas: “Our Struggle Is Against the Israeli Occupation, Not The Jews” 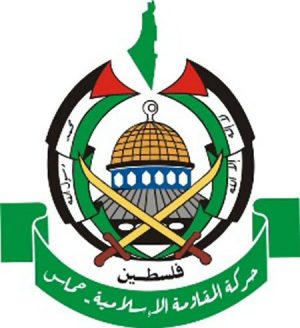 The Islamic Resistance Movement, Hamas, the ruling party in the besieged Gaza Strip, said in a statement following a speech by Fathi Hammad, a member of its political bureau, that the movement’s official stance is to struggle against the ongoing Israeli occupation of Palestine, and not the Jews.

The official stance by Hamas came after Fathi Hammad gave a speech, on Friday July 12th, just before the Great Return March procession started, and called for “killing the Jews wherever they are.”

In response, Hamas issued a statement clarifying its stance that the struggle is not against the Jews anywhere, and not against Judaism as a religion, but against the ongoing illegal Israeli occupation of Palestine.

It added that the statements of Hammad are his own, as they do not represent the official stances and policies of the movement, and said that it had repeatedly condemned attacks against Jewish places of worship around the world.

Hamas also said that the Great Return March processions are popular in nature and aim at breaking the deadly Israeli siege on the Gaza Strip, and added that the protests are held by the people, and various Palestinian national and political factions, and institutions.

It also called on the Palestinians, participating in the ongoing processions, to only abide by the statements and positions of the Higher National Commission of the Great Return March, as these processions are nonviolent in nature, and aim at breaking the deadly Israeli siege on the Gaza Strip. On his part, the Special Coordinator for the Middle East Peace Process Nickolay Mladenov, strongly denounced the statements of Hammad.

“A Dangerous, repugnant and inciteful statement! It must be clearly condemned by All. There can be no complacency with such rhetoric. Ever!”, Mladenov Tweeted.

In addition, Ahmad Yousef, a senior political leader of Hamas, said in a statement addressed to Hammad: “I understand your anger regarding the ongoing Israeli crimes against the Palestinian people; however, what you said about killing the Jews violates our religion, and its moral values,” and added that “such statements even violate the official stances of Hamas.”

“I urge the political leadership of Hamas, and the head of its political bureau to clarify our official stance to the public,” he said, “Such statements will only lead to suffering.”

It is worth mentioning that the statements of Hammad were also denounced by various Palestinian political factions, and senior political, social and religious figures, who affirmed the official stances of the resistance against the illegal Israeli occupation of Palestine, and the ongoing struggle for liberation and independence.

Mahmoud Az-Zeq, a member of the Political Bureau the Palestinian Popular Struggle Front, described Hammad’s statements as “imprudent,” and said that “such speeches cannot even be called political, as there are merely foolish and only brings harm to the Palestinian people, transforming them from victims of this ongoing Israeli occupation to executioners.”

Palestinian journalist, Sami Abu Salem, said that this speech by Hammad is a “free gift on a golden plate to the Israeli occupation,” as it will only serve the Israeli interests and will be used by all of its embassies and officials around the world to smear our national struggle against the occupation.”

“We have an ongoing struggle with the Israeli occupation of Palestine, there are Jews living all over the world – they have nothing to do with this occupation; they live in Canada, Sweden, Tunisia…” he said, “We hold no hostilities towards them; such statements are only destroying every political achievement and diplomatic victory we gain, and are just serving the interests if the enemy.”

Journalist Fayez Abu Marzouq said “with statements like these, Israel doesn’t have to spend millions to improve its image around the world, they just give Israel all the propaganda it needs on a silver platter.”

“We call for peace, not hatred and terror, and we have no hostility towards Judaism and the Jews,” he added, he added, “This type of rhetoric is a gift to Israel to use around the world, and accuse all Palestinians of hating the Jews.”