Has The BDS Campaign Really Achieved So Little? 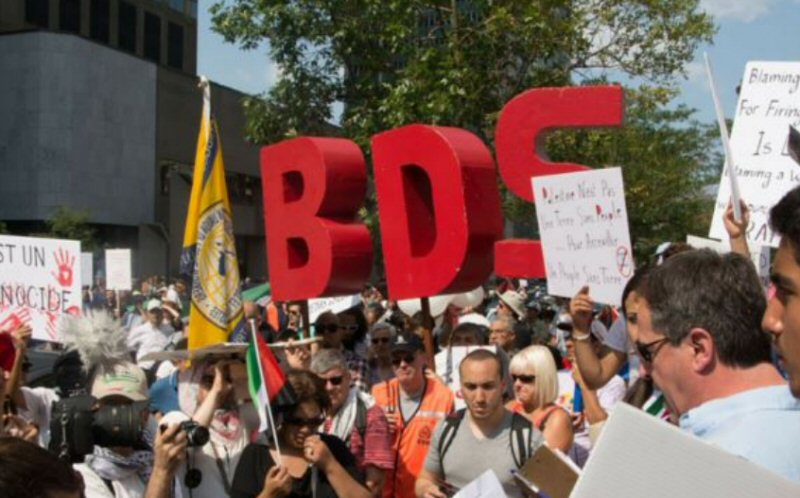 Premature reports of the BDS campaign’s “failure” are not the sole preserve of Israeli officials. In a recent article on the attempted deportation of American student Lara Alqasem by Israeli authorities, Haaretz staffer Anshel Pfeffer, who also writes for The Economist, portrayed Strategic Affairs Minister Gilad Erdan’s handling of the affair as a rare boost for the BDS campaign.

“And what a victory for the virtual-reality BDS ‘movement’,” Pfeffer wrote, “that in 11 [sic] years has failed to achieve anything beyond bullying a few artists not to perform in Israel, and getting local councils – who never had any investments in Israel – to divest from it.”

Such an ill-informed dismissal of a 13-year-old, global, civil society campaign was all too typical for Pfeffer, who repeatedly churns out the same message: BDS is an ineffectual failure. He is, of course, just one journalist, but his perspective does represent a wider take on BDS that merits a response.

The main evidence offered for the alleged failure of BDS is the robustness of the Israeli economy. Pfeffer, for example, cited recently published research purporting to demonstrate the “completely negligible” economic damage caused to the Israeli economy by the BDS campaign since 2010.

But does such economic data equate to the “failure” of the BDS movement? In fact, the argument advanced by the likes of Pfeffer goes even further – has the campaign really achieved so little?

The BDS campaign was launched in 2005 by dozens of Palestinian organisations, after decades of impunity for Israel’s systematic violations of international law and human rights, violations that occur in the context of a form of apartheid, colonialism and occupation.

The campaign sought a response of solidarity from global civil society, and the isolation of Israel, until three specific demands were realised: the end of occupation, equality for Palestinian citizens of Israel, and the right of return for Palestinian refugees.

The BDS campaign is, therefore, clearly “a long-term strategy of resistance,” as international relations scholar Cherine Hussein described it in her 2015 book. It follows that a credible assessment of its achievements to date should be based on to what extent the campaign has contributed to the long-term realisation of these demands.

I would argue that in the short to medium-term, the BDS campaign is about three objectives: a shift in discourse, the promotion of accountability, and the growing isolation of Israel. Since 2005, there has clearly been progress on all three fronts.

With respect to a shift in discourse, BDS has had a significant impact including in contexts where BDS is not embraced or even faces explicit opposition.

In 2015, reflecting on the progress of the movement, co-founder Omar Barghouti identified BDS’ “critical role” in “changing the discourse on the question of Palestine after more than two decades of a fraudulent ‘peace process’ that undermined Palestinian rights and served as a fig leaf for the expansion and entrenchment of Israel’s regime of occupation, settler-colonialism and apartheid”.

Palestinian-American legal scholar and rights activist, Noura Erakat, looking back over a decade of US-based Palestine solidarity activism bisected by the launch of the BDS call, noted that, in general, most boycott and divestment campaigns “cannot demonstrate their work’s impact in measurable units”. Instead, she continued, “the virtue of BDS has been its ability to challenge Israel’s moral authority, arguably the most coveted weapon in its arsenal”.

A further goal of BDS is to promote the principle and practice of accountability, a direct challenge to the impunity enjoyed by Israeli authorities over decades.

“When we ask institutions and organisations to divest from companies involved in Israel’s crimes, we are not asking for anything heroic,” Barghouti said in 2015. “We are merely asking those organisations to fulfil a profound moral obligation.” According to Barghouti, “this is the compelling, ethical logic of BDS, and this is a main factor behind the movement’s impressive growth”.

In an in-depth analysis of the BDS movement for The Guardian, in August, International Crisis Group’s Nathan Thrall noted how international organisations “have been influenced by the BDS movement to move slowly from ineffectual condemnations to calls for practical measures that have some teeth”.

Thrall highlighted a 2017 call from Amnesty International “for a worldwide ban on settlement products and an arms embargo on Israel and Palestinian armed groups,” while Human Rights Watch has “called on institutional investors in Israeli banks to ensure that they are not contributing to or benefiting from settlements and other violations of international law”.

Finally, with respect to the incremental isolation of Israel in a number of different spheres – economic, cultural, academic, and so on – again, the BDS campaign has had a clear impact, with each year bringing positive developments (see, for example, these round-ups for 2017 and 2016). “Compared to the decades-long campaign in South Africa, its [BDS] ascent has been rather steep,” concluded Thrall, even allowing for the lack of “major economic impact on Israel so far”.

“Institutional investors such as the Dutch pension fund PGGM and the United Methodist Church have withdrawn from Israeli banks,” he wrote. “The Presbyterian Church, the United Church of Christ, and Norway’s largest private pension fund have divested from companies profiting from Israel’s occupation. And major firms such as Veolia, Orange, G4S and CRH have fully or mostly pulled out of Israel following boycott campaigns.”

Thrall also highlighted how “dozens of student governments and numerous academic associations have endorsed boycott and divestment initiatives. And many musicians and artists have cancelled shows or pledged to boycott the country.”

These countless victories and endorsements reflect, in part, the good strategic sense of the BDS movement’s Palestinian organisers, who encourage and promote “context-sensitive” campaigning.

In her aforementioned book, Hussein noted the important role of the BDS call itself “in terms of a simple programme of action in which European and North American supporters of Palestinian liberation could channel their energy and activities in solidarity with the Palestinian people”.

Not all of BDS’s opponents are as stubbornly ill-informed as Pfeffer.

In 2010, Israeli think tank, the Reut Institute, recognised the potency of BDS in driving “increasingly harsh criticism [of Israel] around the world, resulting in an erosion of its international image, and exacting a tangible strategic price”. Five years later, the “significant strides … made against Israel” in 2010 had transformed into a BDS movement “gaining momentum around the world”.

In 2017, meanwhile, a joint report by the Reut Institute and the Anti-Defamation League recognised that “a more prevalent collateral damage emerges in the form of a silent boycott – undeclared decisions by organisations, companies, and individuals to refrain from engaging with Israeli entities motivated by ideology or simply by a desire to avoid unnecessary problems and criticism”.

Given the copious amount of evidence regarding both the BDS campaign’s objectives and its steady growth, how do some conclude that the movement is a “failure”?

First, it is a grassroots movement, and as such can be more easily dismissed by those who “see” only what is happening at the elite levels of political decision-making and diplomacy. Second, the growth of BDS as a genuinely global phenomenon also escapes Western- (or US- and UK-) centric analysts.

But BDS is fundamentally a call from Palestinians for solidarity, a fact frequently and instructively omitted in the condescending dismissals offered by Pfeffer and others.

Thus, as well as ignoring hundreds of BDS success stories and betraying a fundamental misunderstanding of what BDS actually is, these claims of failure above all betray a profound disdain for those Palestinians who are calling for, and welcoming, a vital form of solidarity.

Ben White is a writer, journalist, researcher and activist, specialising in Palestine/Israel.