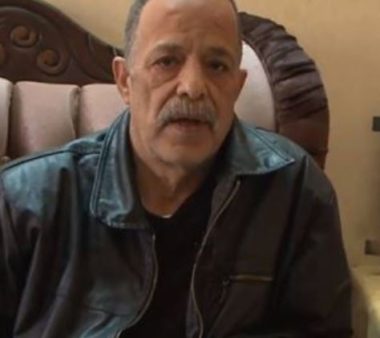 The Palestinian Detainees’ Committee has reported, Thursday, that a Palestinian detainee in Israeli prisons, has suffered health complications after 54 days of a hunger strike, and added that he is ongoing with his strike demanding ending his arbitrary Administrative Detention orders, holding him captive without charges or trial.

It said the detainee, Hussam Mohsin al-Rozza, 61, from Nablus, in northern West Bank, is currently held in solitary confinement in the Ramla prison.

The Committee added that the detainee is suffering from constant pain and fatigue, in addition to infections in the liver and Kidneys, along with high blood pressure and serious weight loss of more than 25 Kilograms (55.1 Pounds).

It also said that, while the detainee was held in solitary confinement in Ramon prison, he didn’t even drink water or any liquids for seven days, after the soldiers constantly broke into his cell, and conducted violent searches.

It is worth mentioning that the detainee has recently been transferred from several prisons, in addition to being subject to strip searches, and is repeatedly forced to stand against the wall for various periods.

The detainee, a father of four, was taken prisoner of April 17th 2018, and previously spent 18 years in Israeli prisons.