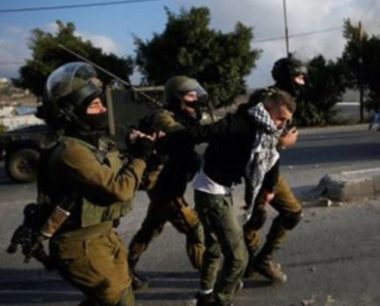 In addition, the soldiers installed many roadblocks at the entrances of villages and towns near Hebron, before stopping and searching dozens of cars, and interrogated many Palestinians while inspecting their ID cards.