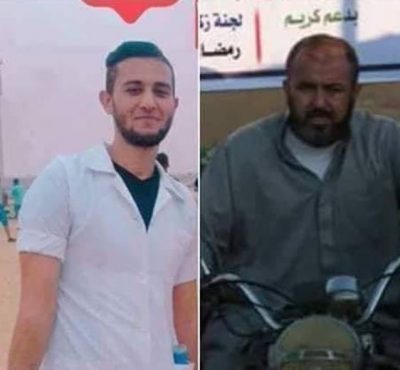 Dr. Jawad Awwad, the Palestinian Health Minister, issued a statement denouncing the ongoing Israeli excessive use of force against Palestinian nonviolent protesters, and condemning the fatal shooting of a Palestinian medic.

Dr. Awwad said the killing of medic volunteer Abdullah al-Qutati, 20, east of Rafah, and the targeting of medics, journalists and unarmed civilians, are serious violations of International Law and all related resolutions and treaties.

He added that the soldiers have killed three medics, including a young woman, Razan Najjar, 22, since the Great Return March processions started on Palestinian Land Day, March 30th.

He called on the International Community, all legal and human rights groups, to intervene and stop the seriously-escalating Israeli violations against unarmed civilians in Palestine.

It is worth mentioning that the soldiers have killed 160 Palestinians, including 25 children and three women.

The army also continued to target ambulances and medical teams, including attacks with live fire and gas bombs at make-shift clinics.

Besides killing al-Qutati on Friday, the soldiers also killed Ali Sa’id al-‘Aloul, 55, and injured 307 Palestinians, including 85 who were shot with live fire.