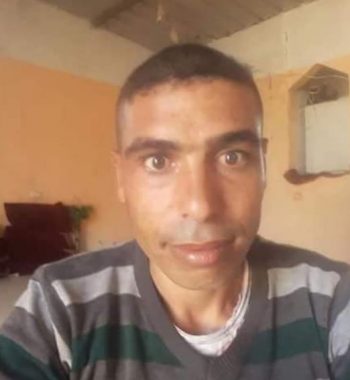 The Palestinian Health Ministry has reported that a man died, on Saturday at dawn, from serious wounds her suffered, Friday, after Israeli soldiers shot him with live fire during the Great Return March.

The Health Ministry said the man, Ahmad Jamal Suleiman Abu Louli, 40, was shot with a live round in the pelvis, east of Rafah, in the southern part of the Gaza Strip.

On the same day of his serious wounds, the soldiers killed two Palestinians, including a medic, and injured 307 others; 85 of the wounded were shot with live fire, and five remain in critical conditions.

The slain Palestinians have been identified as volunteer medic, Abdullah Qutati, 20, and Sa’id al-’Aloul, 55.

Israeli soldiers have killed 160 Palestinians, and injured at least 18000 others, including dozens who suffered life-threatening wounds, since the beginning of the Great Return Match procession, on Palestinian Land Day, March 30th, 2018.

Among the wounded Palestinians are 370 medics, while the army also caused damage to 70 ambulances.