Hebron On My Mind 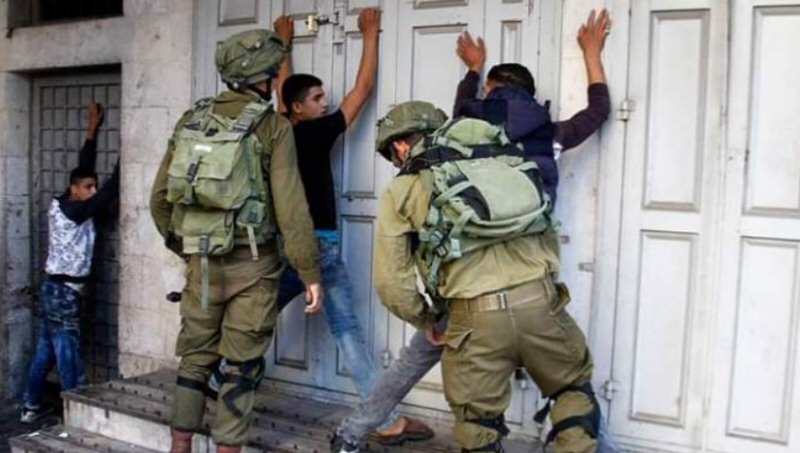 It’s been exactly a week since the colonizers of our land, Mr. Netanyahu and his gang of war criminals, decided not to renew the mandate of TIPH, the Temporary International Presence in Hebron whose role has been to observe and report. These observers were volunteers and they came from Turkey, Switzerland, Norway, Sweden and Italy, and their job was to observe any violations of the human rights of the Hebronites and report. Not to the United Nations, you understand, or to any international body, but to the Israeli Government, the Palestinian Authority and their own governments, of course.

The decision was unilateral. But, when did Israel take any notice of the Palestinian Authority, the UN or the International Community, for that matter?

In answer to the question of why he is not renewing the mandate, Prime Minister Netanyahu said that he would force the TIPH out of the city, “We will not allow an international force to act against us,” he stated.

Public Security Minister Gilad Erdan, who had been urging Netanyahu to scrap the mission, said that TIPH members had “cooperated with extremist organizations and promoted de-legitimization of Israel.” But Israel, as per the usual, does not tolerate anybody that will bring its atrocities and infringements of Palestinian human rights to the world. As such, the TIPH had to go.

The Palestinian Authority is warning that Israel is planning to perpetrate a second massacre against Palestinians, in the occupied city, and take control of the Ibrahimi Mosque. One member of Fatah’s Revolutionary Council, Osama Al-Qawasmi, said in a statement that the only explanation for the Israeli decision is that it plans to seize the Old City and the Ibrahimi Mosque, and complete its colonial plan in Hebron.

Those words, ‘second massacre’ fill me with foreboding. The TIPH was formed and stationed, in Hebron, in the aftermath of the first massacre at Al-Ibrahimi Mosque in Hebron, in 1994, when an American Jewish Extremist settler, Baruch Goldstein mowed down 29 Palestinian worshippers at the Mosque and injured over 130 others.

Their lust for our blood, it would seem, is unquenchable. Since that first massacre, Hebron, an ancient city with 40,000 inhabitants, has been plagued by a group of extremist and heavily armed Jewish settlers, not dissimilar to Goldstein. They have made the lives of every man, woman and child of Hebron an utter misery. The depths of their depravity, in their treatment of the Hebronites, are such that no normal human being would ever contemplate, let alone undertake. The aim of these extremist zealots is, of course, to empty Hebron, steal the land, occupy the Al-Ibrahimi Mosque and turn it into a Jewish shrine.

Believe me when I say that, during the last week, I sat down to write about Hebron on more than four occasions. Each time, I was prevented by a torrent of emotion and foreboding. Hebron and I have a long and enduring history.

My late mother was a Hebronite. Her family, the Al Qaisi Clan, are still in Hebron and have been there for millennia. My connection to the city and its people did not stop with the death of my late mother. Three of my sisters are married to Hebronites. One in Halhoul, within walking distance from Hebron and the other two in Beit Ummar, a stones throw away. Another sister was the Head Mistress of the girls’ school in another Hebron village, Al Khadir, known to Christians as St George.

Hebron knows my footprint. I have walked all over the city and visited those surrounding villages. I have stopped at my sisters’ homes and spent time in the fields and orchards, in the fifties and early sixties, before I left Palestine. The last time I visited Hebron with my wife was 9 years ago. Hebron looked and felt like a ghost town. But, despite the cruelty and barbarity of the settlers and the Israeli Occupation Forces, the Hebronites are still and will continue to be unbowed. Israel will never prevail. We Palestinians don’t do defeat and that terrifies them.