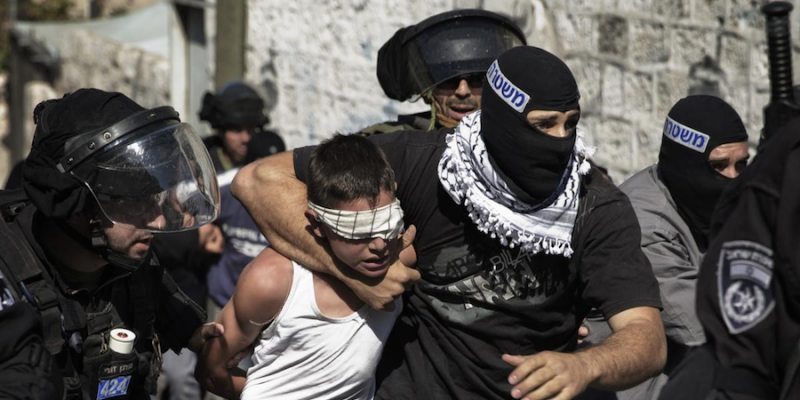 Over 60 attendees, including staff from at least 36 congressional offices, joined human rights advocates on Capitol Hill on Thursday, for a briefing to mark 50 years since the Israeli military occupied the West Bank, including East Jerusalem, and the Gaza Strip.

Representatives of Human Rights Watch, Defense for Children International – Palestine, the Adalah Justice Project, and more examined how daily violence and systemic discrimination affect the lives of Palestinian children. The briefing was sponsored by Defense for Children International – Palestine and the American Friends Service Committee as part of the No Way to Treat a Child campaign.

“Another generation of Palestinian children are growing up under the shadow of military detention, repeated military offensives, and systemic discrimination,” said Brad Parker, Staff Attorney and International Advocacy Officer for Defense for Children International – Palestine. “It’s up to our members of Congress who value human rights and want to guarantee a safe and just future for all children in the region to demand Israeli authorities respect international law and be held accountable for ongoing violations against Palestinian children.”

As the Trump administration looks to restart another round of the failed, US-led peace process, the human rights situation on the ground rapidly continues to worsen, said DCI – Palestine in a statement, according to WAFA.

As Gaza nears 10 years under Israeli military blockade, children slip deeper into poverty, with many still living in protracted displacement.

“The Israeli military occupation has no end in sight,” said Khaled Quzmar, General Director of Defense for Children International – Palestine. “The international community, including Congress, must pressure Israel to respect human rights. Continued lack of political will to hold Israeli authorities accountable ensures Palestinian children will be increasingly vulnerable to violence.”