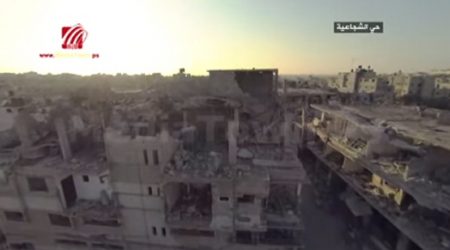 The International Committee of the Red Cross (ICRC) has not received any answers from Israel regarding Palestinians who have been missing since the Israeli offensive on the besieged Gaza Strip in 2014, a Gaza-based spokeswoman for the group said, on Saturday.

The 51-day offensive in 2014 left more than 2,000 Palestinians dead, including at least 1,462 civilians, a third of whom were children, according to the United Nations. Human rights groups reported that numerous Palestinians went missing during the war. Some were later found, either alive or dead, although the fate of 19 others has remained unknown.

Spokesperson for the ICRC in Gaza, Suhair Zakkout, said in a statement that the ICRC had made efforts since 2014 to try and find the location of the missing Palestinians; however, the organization has not received any responses from Israel.

“As a nonpartisan mediator, the ICRC offered to help the Palestinian families identify the missing persons, but so far, the ICRC hasn’t received answers from the Israeli authorities,” Zakkout said.

The two Israeli soldiers at the center of prisoner negotiations, Hadar Goldin and Oron Shaul, were pronounced dead during the 2014 war, though Hamas later claimed to be holding their bodies.

Lawyer Yahya Muharib of the al-Mezan Center for Human Rights told Ma’an last year that the Israeli military prosecution had not cooperated in the cases the organization brought forward regarding the missing Palestinians, hindering any progress for the distressed families.

Despite the overall difficulty of the process, Muharib said that the al-Mezan Center managed to obtain information from Israeli sources about some of the Palestinians who went missing during the 2014 war, and were able to declare them as being alive and in Israeli custody.

However, after six cases were dealt with in coordination with Israeli military prosecution, Muharib claimed that Israeli authorities stopped cooperating, even after al-Mezan submitted ‘power of attorney’ documents.

On the Palestinian side, things have also been left ambiguous by Hamas leadership, which has not released numbers or details regarding missing Gazans, according Farawaneh.

Farawaneh has attributed the lack of clarity from Palestinian leadership to “security reasons,” saying Hamas can’t announce the names of missing people since it remains unaware of who is among the 19 bodies held by Israel, and whose bodies possibly remain trapped under rubble two years on.

The missing people, he said, “could be alive and held in Israeli prisons, but the Palestinian side doesn’t want to reveal their identities,” to avoid misleading their families into thinking they are dead.

In addition, Farawaneh said that many families of the missing have not reached out to the ICRC or other human rights organizations for help, out of fear that Israel might retaliate against them for their missing relative’s participation in resistance against Israeli forces.