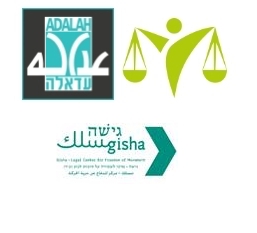 Short Link: http://mezan.org/en/post/23849
On 13 October 2020, Israeli military bulldozers entered about 300 meters into the Gaza Strip, and severely damaged dozens of dunams of agricultural land, destroying crops and irrigation systems. According to the Gaza-based Al Mezan Center for Human Rights, this is the most severe damage to Gaza farmlands caused by an Israeli military incursion since 2014. The Gaza Ministry of Agriculture reported that at least 10 farmers’ sources of income were harmed as a result of the Israeli incursion, with damages estimated to agricultural lands and crops at more than $32,000.

In response, Gisha – Legal Center for Freedom of Movement, Al Mezan, and Adalah – The Legal Center for Arab Minority Rights in Israel sent an urgent letter to the Israeli defense minister, attorney general, and military advocate general, demanding an immediate halt to the military’s destruction of land in the Gaza Strip, an investigation into the recent incursions, and compensation to Gaza farmers for the damage.

The Israeli military has been routinely engaging in ground incursions into the Gaza Strip for years. According to the United Nations, the military conducted 42 incursions into Gaza between January 2020 and October 19, 2020. Since 2014, Israel has also been conducting aerial spraying of herbicides inside Gaza in order to clear lands and kill vegetation adjacent to the perimeter fence. During this period, Palestinian farmers have been living in constant fear of harm to their sources of livelihood. Israel has continued to undertake these destructive actions even on the backdrop of the global COVID-19 health crisis and related concerns for the financial situation and food security in the Strip, and in direct violation of its obligation to protect the human rights of civilians in Gaza living under its control.

In response to a request submitted by Gisha under the Freedom of Information Act, the Israeli military said previously that the incursions were required for “operational needs whose purpose is to protect security.” Speaking on behalf of the three human rights organizations, Gisha Attorney Muna Haddad emphasizes that such needs do not justify damage to farmland in Gaza: “These destructive operations violate Israeli and international law, and the Israeli military has no authority to carry them out. These operations endanger farmers’ lives, bodily integrity and property, and as such, disproportionately and grievously violate their most fundamental rights, including the rights to dignity, private property and livelihood.”