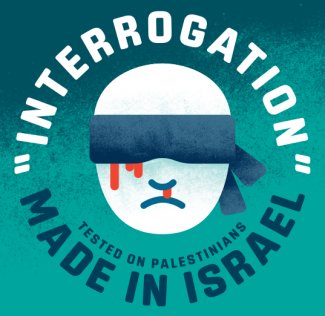 In Belgium, 482 professors and researchers, and more than 190 artists, have written an open letter calling on their authorities to withdraw from participating in a European Union funded research project called LAW TRAIN, in which Belgium and Spain cooperate with the Israeli National Police.

The project, aimed at developing joint interrogation methods, is coordinated by an Israeli university with particularly deep ties to Israel’s army and notorious security services. The signatories of this open letter highlight that Israeli methods are tested on Palestinians. Israel’s illegal detention of Palestinian political prisoners, and the systematic abuse and torture perpetrated by Israeli security forces during interrogations, is well documented. And, in 2016 alone, Israelis interrogated at least 7,000 Palestinians, including over 400 children.

This open letter is part of broader efforts by the Belgian Coalition To Stop Law Train, and broader European-wide efforts against the participation of the Israeli military, homeland security and police sector in research and development funded by the European Union. Other forms of mobilizing have included direct actions, conferences, and lobbying.

Further details and direct links available at the official website of the Palestinian BDS National Committee.