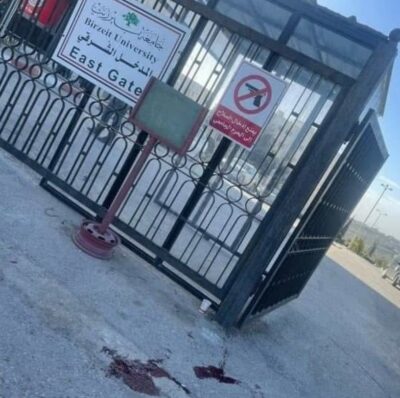 The Independent Commission For Human Rights (ICHR) issued a statement, Monday, denouncing the serious Israeli violation against Birzeit University near Ramallah, in the central part of the occupied West Bank, which resulted in injuries and abductions of students.

The ICHR described the invasion, which also included undercover units, as a serious crime against civilians and their educational facilities, and strongly denounced the army’s use of live fire.

It said the soldiers fired many live rounds at random inside the college campus, causing many injuries among the students.

The ICHR held Israel responsible for the lives of the abducted and injured students and called for their release.

It also called on the various United Nations Institutions, especially The United Nations Educational, Scientific and Cultural Organization (UNESCO) to perform their duties by ending the Israeli violations, and by providing the needed protection to the Palestinians and their educational facilities.