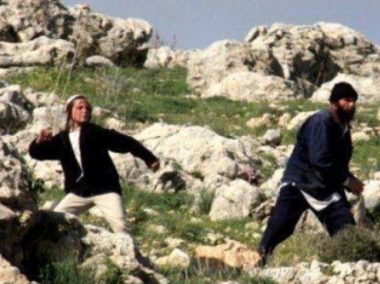 A group of Israeli colonialist settlers living illegally on Palestinian lands in the West Bank’s Northern Plains, attacked many Palestinian shepherds, Friday, in several areas, and chased them away.

Palestinian nonviolent activist against Israel’s illegal colonialist activities, Aref Daraghma, said the colonists attacked the shepherds, and chased them along with their sheep out of the areas of Shwei’er, al-Farisiyya and al-Himma.

In addition, Burhan Bisharat, a local of Khirbat Makhoul village, in the Northern Plains, said many colonists gathered near a water well, used by the shepherds for their livestock, raising fears among the residents that the colonists might have poisoned the water, similar to previous incidents.

It is worth mentioning that the colonists frequently assault the shepherds, and in some cases killed their sheep, in order to force them out of the grazing lands.