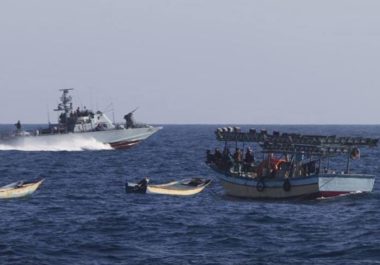 The WAFA Palestinian News Agency has reported that the navy fired many live rounds at fishing boats, and chased them, before surrounding one boat in the Sudaniyya Sea area, and abducted four fishermen.

The soldiers forced the fishermen to undress and swim towards their boat, before cuffing and blindfolding them, and took them along with their boat to Ashdod Port.

The navy frequently attacks the Palestinian fishermen and their boats in Gaza territorial waters, in the besieged and impoverished coastal region.

Besides causing serious damage to boats, and confiscating many of them, the attacks have also led to hundreds of casualties, including many fatalities.