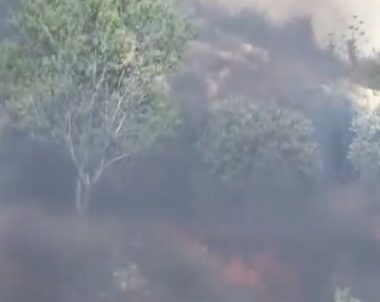 The Mayor of Sebastia, Mohammad Azem, said the alertness of the local neighborhood watch committees, and the residents, managed to avert the burning of hundreds of trees.

He added that the colonists were attempting to burn the trees in 25 Dunams of Palestinian olive orchards.

Azem said the residents managed to notice the fire fast, and chased the colonists out of their orchards, before extinguishing the fire which already consumed several trees.

It is worth mentioning that the colonists fled towards the site of the evacuated Homesh illegal outpost, west of Nablus, while Israeli soldiers rushed to the area and prevented the Palestinians from chasing them.